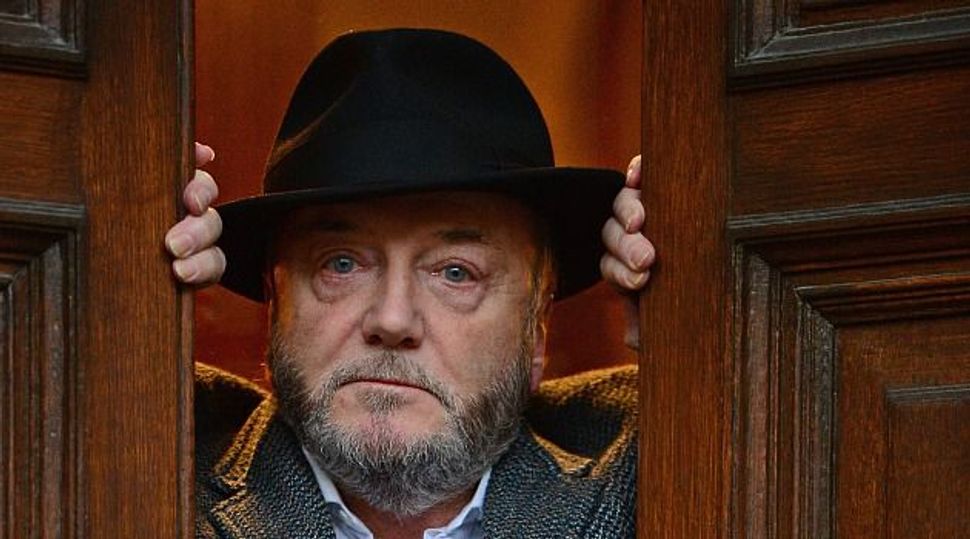 Controversial British politician George Galloway announced a bid to become the next mayor of London.

Galloway made the announcement Sunday night, saying he would run in the election in May of next year to “build a city that benefits everyone, not just those dripping in gold.” He also said, the London-based The Guardian reported following the announcement: “I’m running because I want to represent every piece of the mosaic of this city which I have called home for 35 years.”

Galloway, the leader of the tiny Respect Party known for his strident anti-Israel rhetoric, lost his Parliament seat representing Bradford, in northern England, by a large margin in the May national elections. Galloway last year declared his district “an Israel-free zone,” including barring it to Israeli goods, services, academics and tourists.

“We don’t even want any Israeli tourists to come to Bradford even if any of them had thought of doing so,” Galloway said. “We reject this illegal, barbarous, savage state that calls itself Israel — and you have to do the same.”

Galloway also has said Israel should be abolished and replaced with a bi-national state. He called Palestinian President Mahmoud Abbas an “American stooge.” He also has organized aid convoys to Gaza in an attempt to break the blockade on the coastal strip.