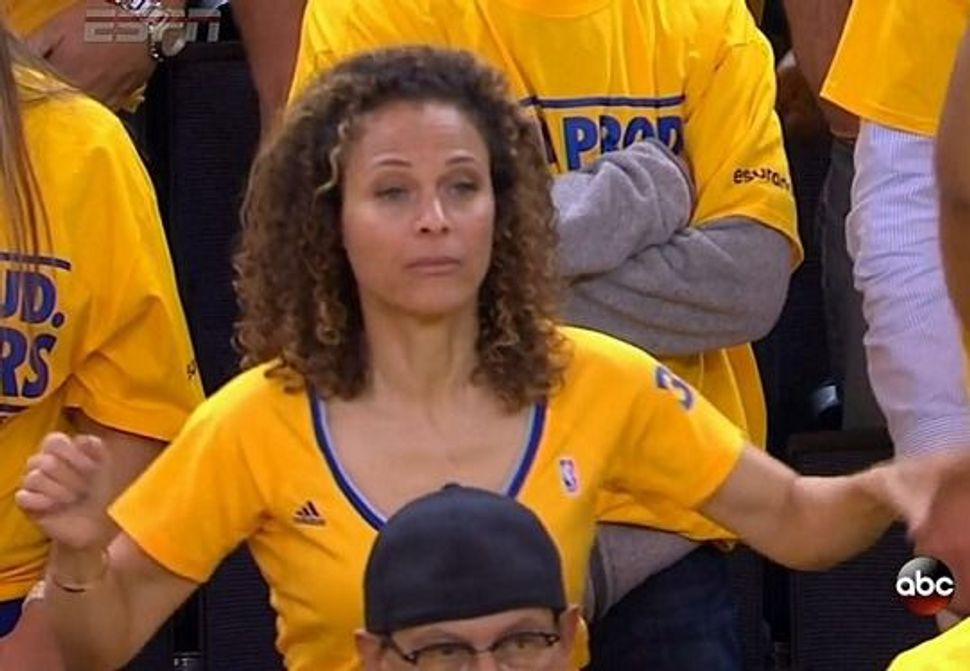 The mother of Stephen Curry, the NBA’s Most Valuable Player, said a trip to Israel five years ago transformed her and sparked her interest in learning Hebrew.

Sonya Curry told Israel’s Sport 5 channel in an interview after Game 5 of the NBA Finals in Oakland, California, on Sunday night that her son’s basketball success is a result of “grace and favor.” She added that he was “made for this moment.”

Stephen Curry’s Golden State Warriors own a 3-2 lead in the best-of-7 series against the Cleveland Cavaliers, who are coached by Israeli-American David Blatt and led by four-time MVP LeBron James.

Sonya Curry showed the interviewer the Hebrew tattoo on the nape of her neck that reads “chen,” meaning grace.

She said that following a visit to Israel about five years ago, she “was just transformed spiritually.” Curry said she wanted to learn Hebrew because it is the language that Jesus spoke and she wanted to read the Torah in Hebrew.

Stephen Curry and his wife have matching tattoos in Hebrew, a translation of a passage from 1 Corinthians 13:8 in the New Testament that translates to “love never fails.”

The Warriors can take the title with a victory in Game 6 on Tuesday night in Cleveland.