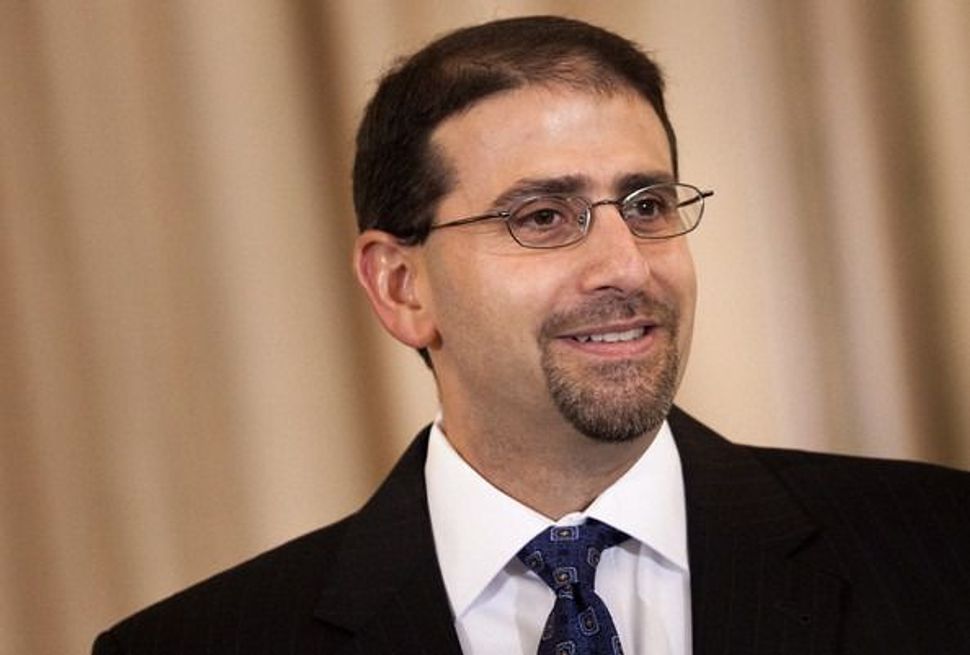 Dan Shapiro was responding to an Op-Ed written by Oren, the former Israeli ambassador to the United States, that appeared Tuesday in The Wall Street Journal. Oren wrote that Obama abandoned the principle of keeping disagreements between the two countries private and of “no surprises” between them, which Oren called the “two core principles of Israel’s alliance with America.”

“I disagree with what [Oren] wrote,” Shapiro said in an interview in Hebrew with Army Radio on Wednesday morning. “He was an ambassador in the past, but he is now a politician and an author who wants to sell books. Sometimes an ambassador has a limited point of view into ongoing efforts. What he wrote does not reflect the truth.”

Oren, now an Israeli lawmaker with the center-right Kulanu party, has just released a book about his time in Washington, D.C., as an envoy from 2009 to 2013.

In the interview, Shapiro described the relationship between Netanyahu and Obama as “effective, and serving the interests of both countries, and even more than that – close.”

Shapiro said a meeting between Netanyahu and Obama at the White House is “is not so far away,” responding to a report the previous day in the Hebrew media, denied by both the Obama administration and the Prime Minister’s Office, that Obama had already extended an invitation to Netanyahu.