Why Michael Oren’s Blame Game on Israel Is So Wrongheaded 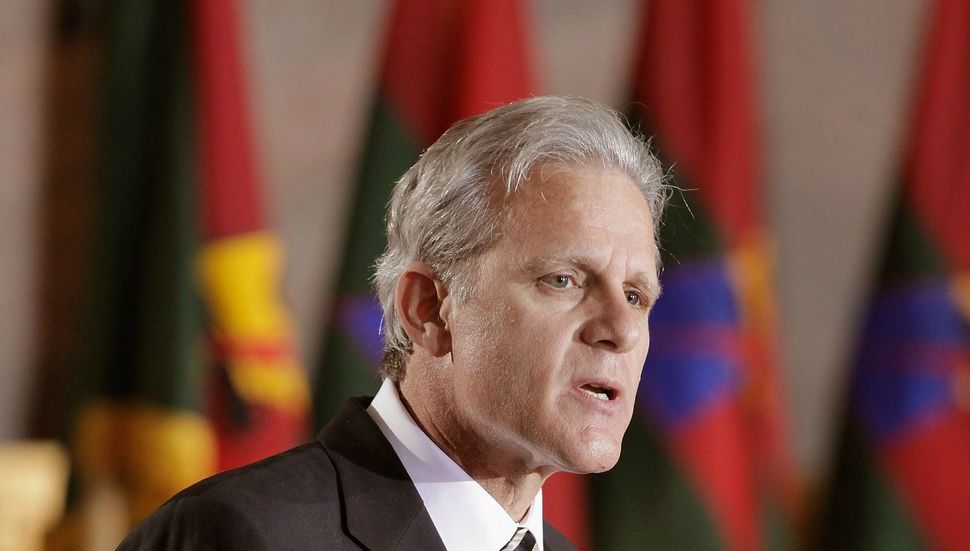 Every so often an idea or phrase enters the public square in a way that changes the discourse, often for the worse, sometimes dangerously so. Example: Michael Oren’s wrongheaded June 15 op-ed essay in The Wall Street Journal, “How Obama Abandoned Israel.”

It’s not easy to say this. Oren is a distinguished historian who writes with well-earned authority. As Israel’s former ambassador in Washington he was an eyewitness to much of what he describes. And he’s a genuinely decent person, all too rare in public life. But this article gets the Obama-Israel relationship wrong in a big way.

The biggest mistake actually isn’t Oren’s, but the Journal headline writer’s. The article actually doesn’t say Obama “abandoned Israel.” It accuses him of “abandoning the two core principles of Israel’s alliance with America.” Specifically, the principles of “no daylight” — that America and Israel “always could disagree but never openly” — and of “no surprises,” meaning clearing things with each other in advance.

Abandoning these operating principles would certainly unsettle the relationship, but it’s not the same as abandoning Israel. Headlines have a powerful impact, though. When they’re wrong, readers are left believing something that isn’t true.

Unfortunately, Oren’s actual accusations are also wrong. They misread the events, which is odd given Oren’s presence as an eyewitness. And they garble the historical context, which is even odder coming from a historian.

As Oren tells it, the “core principles” of “no daylight” and “no surprises” guided U.S.-Israel relations for decades, until Obama came and trashed them. He “voided President George W. Bush’s commitment to include the major settlement blocs and Jewish Jerusalem within Israel’s borders in any peace agreement” by demanding “a total freeze of Israeli construction in those areas.” He “delivered his Cairo speech, with its unprecedented support for the Palestinians and its recognition of Iran’s right to nuclear power, without consulting Israel.” He “altered 40 years of U.S. policy by endorsing the 1967 lines with land swaps — formerly the Palestinian position — as the basis for peace-making.”

It sounds bad, until you examine the facts. Start with Bush: He did indeed promise to support the settlement blocs becoming Israel’s in a future agreement, but until there’s an agreement America still considers them occupied territory and deems construction there a hindrance. That’s been consistent.

Overall, U.S. policy on Israel’s borders has been unchanged since 1967. Successive administrations have called for a return to the pre-1967 armistice lines, with minor adjustments for security. The only major changes were the gradual American acceptance of Palestinian statehood, following King Hussein’s 1987 relinquishing of Jordan’s claim over the West Bank, and the addition of demography — meaning settlement blocs — alongside security as grounds for adjusting the lines. Both changes were first articulated by George W. Bush.

Also consistent are quarrels and surprises disrupting the relationship. The 1967-borders-with-adjustments principle was first spelled out by Richard Nixon’s secretary of state in the 1969 Rogers Plan. Sprung on Israel without warning, it was angrily rejected by then-prime minister Golda Meir. The principle was reiterated in the 1982 Reagan Plan, in which the revered Republican specified that “the general framework for our Middle East policy should follow the broad guidelines laid down by my predecessors” — including Jerusalem, whose “final status should be decided through negotiation.” This too was sprung on Israel and angrily rejected by then-prime minister Menachem Begin.

The era of no-daylight and no-surprises was a relatively brief interlude. It began in 1993 under Yitzhak Rabin and Bill Clinton, peace process partners (though the Oslo Accords were a surprise to Washington). Clinton, being Clinton, tried to maintain the amity after Netanyahu was elected in 1996, though Netanyahu, being Netanyahu, kept finding ways to quarrel. Harmony returned in 2001 under George W. Bush and Ariel Sharon, allies in battling terrorism. Even that relationship had its explosions, though. Sharon enraged Bush by comparing him to Neville Chamberlain in October 2001, just weeks after the 9/11 attacks. He claimed the president sought to “appease Arabs” at Israel’s expense for the sake of anti-terror coalition-building the way “the enlightened democracies in Europe decided to sacrifice Czechoslovakia” in 1938.

What’s different about the Obama-Netanyahu feud is how long it’s lasted. They came into office simultaneously in early 2009 and have clashed unrelentingly from the first. Oren suggests both made “mistakes,” but “only one leader made them deliberately.” That would be Obama.

That is, Netanyahu made mistakes, but most — excepting his March speech to Congress — were either unintentional, justified given Obama’s slights or committed by “midlevel officials who also caught the prime minister off-guard.”

And Obama? “From the moment he entered office,” he “promoted an agenda of championing the Palestinian cause and achieving a nuclear accord with Iran,” both of which “would have put him at odds with any Israeli leader.” Mind you, the diplomat assures us, Obama “was never anti-Israel.” He “significantly strengthened security cooperation with the Jewish state.” It’s just that he made “mistakes.” Deliberately.

Careful readers recall that “deliberate mistakes” is an oxymoron, like “jumbo shrimp” or “authentic replica.” Mistakes are, by definition, things you didn’t intend. But never mind. Obama decided to disrupt the relationship and tilt toward Iran and the Palestinians. That was a boo-boo.

This is Oren’s biggest error. In fact Obama and Netanyahu were doomed to collide from the outset. Both entered office determined to correct what each saw as his predecessor’s disastrous missteps. They were on a collision course.

Obama was intent on repairing America’s relationships with the Muslim world, which he believed had been ruined by the Bush administration’s clumsy war on terror and its dramatic tilt toward Israel. Repair required outreach to Muslims. It was bound to unsettle Israelis. Obama assumed, naively, that he had enough credit as president of the United States to glide past the slight without a blowup. He also believed Israel was able and eager to join the outreach by closing a deal with the Palestinians. He was wrong.

Netanyahu entered office intent on rolling back two decades of what he considered dangerous Israeli concessions to the Palestinians, from Rabin to Ehud Olmert. Rollback would have required toughness in facing any American administration, given the consistent arc of U.S. policy. Facing a Democrat intent on reaching out to the Muslim world, it guaranteed prolonged tension.

Compounding the tension was the fact that the concessions Netanyahu aimed to roll back had, as Obama and much of the West saw it, brought Israel and the Palestinians to the very brink of a peace agreement. Given the symbolic role of the Palestinian conflict as a continuing irritant in the West’s relations with Islam, rollback meant a tragically lost opportunity, and not just for Israel.

No, mistakes didn’t cause the crisis. It was inevitable.

Why Michael Oren’s Blame Game on Israel Is So Wrongheaded