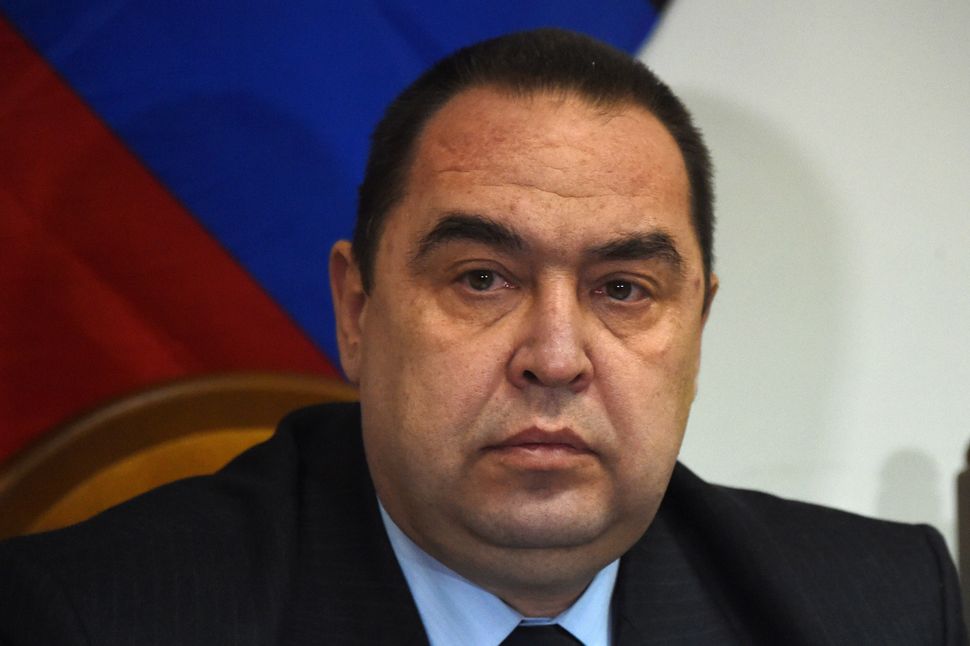 A separatist leader from Ukraine made anti-Semitic statements at a public address, the Euro-Asian Jewish Congress said. 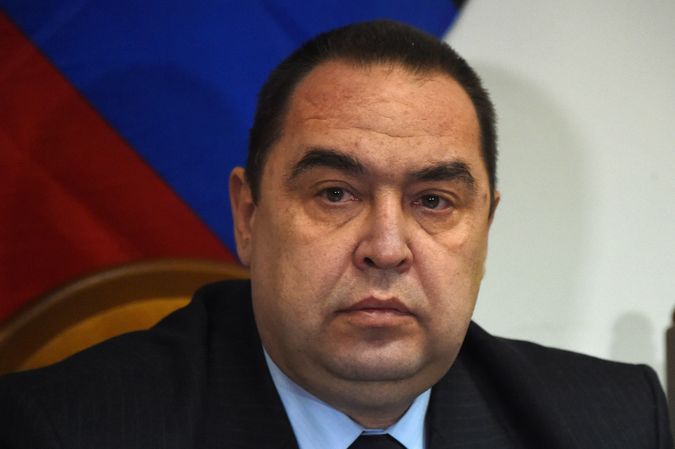 Igor Plotnitsky, head of the breakaway, Russian-backed region of Lugansk in eastern Ukraine, during a lecture in Russia last week linked Ukrainian Jews to the revolution that last year swept from power the country’s previous government amid allegations of corruption and subservience to Russia.

In his June 16 speech at N.A. Nekrasov Kostroma State University in the town of Kirovsk, located 210 miles north of Moscow, Plotnitsky said the popular name of that revolution, “Euro-Maidan” — or “Evro-Maidan” in Ukrainian and Russian – betrayed the involvement of Jews. In Russian, the word for Jews is pronounced “evreiy.”

“Why “’Euro-Maidan?’ Where did the actual name come from? The territory? Or, perhaps, from the nation which is now in the majority of leadership in Ukraine?” Plotnitsky said in his speech, which was recorded and whose video appears on the website of the Euro-Asian Jewish Congress. “I have nothing against the Jews as a nation, as a chosen people, we will talk about this separately if the opportunity presents itself. But the question is what is going on? In the name Euro Maidan lies the essence — namely that it was headed by the representatives of that nation which suffered most from the Nazis.”

Plotnitsky also reiterated his objection to the current Ukrainian government, which he called in his address a “fascist state.”

Many ethnic Russians in Ukraine have a negative view of the nationalist element that emerged after the revolution, while many ethnic Ukrainians profess a strong antipathy to Russia because of its often brutal treatment of Ukrainians. During World War II, some Ukrainian nationals joined forces with Nazi Germany against Russia, which at the time ruled Ukraine through the Soviet Union.

“It should be recalled that this is not the first anti-Semitic statement by a head of a puppet republic,” the Euro-Asian Congress wrote in a statement on Friday about Plotnitsky’s speech. Alexander Zakharchenko, Plotintsky’s counterpart in the Russian-backed enclave of Donetsk, said earlier this year at a press conference that Ukraine was led by “miserable Jews,” according to the Congress.