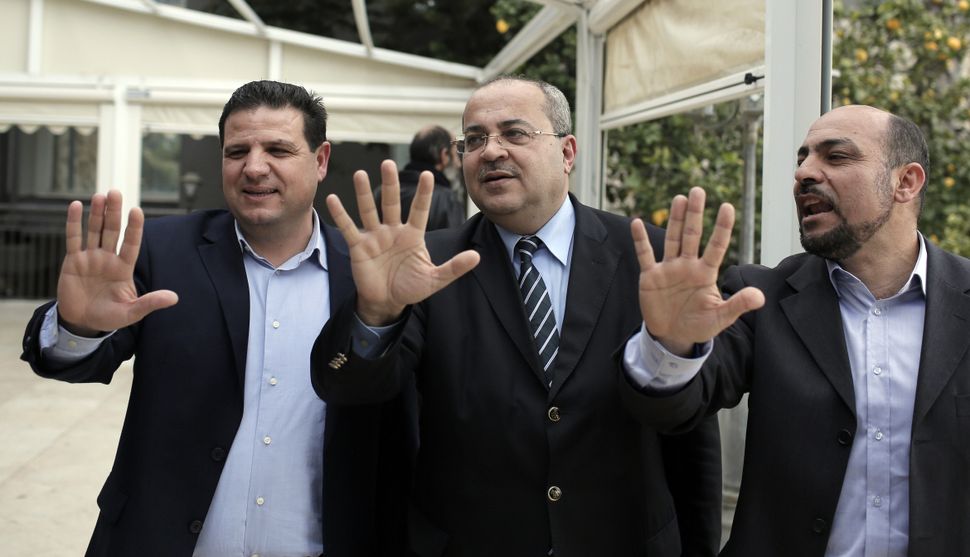 Israel’s deputy interior minister said Arab-Israeli Knesset members who support efforts to break the naval blockade of Gaza should give up their Israeli citizenship and that “Israel is doing you a favor by letting you sit here.”

Yaron Mazuz, a member of Likud, also said the lawmakers “should give back your (Israeli) identity cards.

Mazuz made the remarks Wednesday in a Knesset discussion of proposed legislation his party opposes that would make it easier for Palestinians who marry Israelis to obtain Israeli citizenship. The bill is an effort to modify the 2003 Citizenship and Entry into Israel Law, which bars citizens of certain countries, as well as Palestinians from the West Bank and Gaza, from automatically receiving Israeli citizenship after marrying an Israeli.

Mazuz then told another Arab-Israeli lawmaker, Hanin Zoabi, who participated in a 2010 flotilla seeking to break the Gaza blockade that: “Those who support terrorism cannot be here.”

Prime Minister Benjamin Netanyahu, who took the podium immediately after Mazuz, did not condemn his fellow party member, instead criticizing Arab Joint List legislators for hypocrisy because they had not condemned war crimes committed in Syria.

“The citizens of Israel have the right and the obligation to obey the state’s laws, and do not have the right to blame the soldiers of the [Israel Defense Forces] who protect us all – Jews and non-Jews – as criminals of war,” Netanyahu said, according to reports.

“All citizens of Israel, Jews and non-Jews, have a right to vote and be elected, however every citizen has the duty to obey the laws of the land. No one has the right to raise false accusations of war crimes against IDF soldiers who protect all of us,” Netanyahu added.

Arab-Israeli lawmaker Aida Touma Sliman responded to Netanyahu, saying:”The prime minister is justifying Yaron Mazuz’s campaign of indictment. We are being slandered. A government built on rampant incitement, only such a government can pass a law that collectively disinherits the right to family life from the Palestinians. Those talking about terrorism should see that they are using terrorism. No one is doing me a favor by giving me an ID card.”

On Facebook, Sliman wrote: “My citizenship comes from the fact that I am a member of the native people. My father was born here, in this country, even before the establishment of the state. No one is doing me a favor by giving me citizenship … At the end of the day, Arabs and Jews will live here together in equality despite the incitement to racism.”