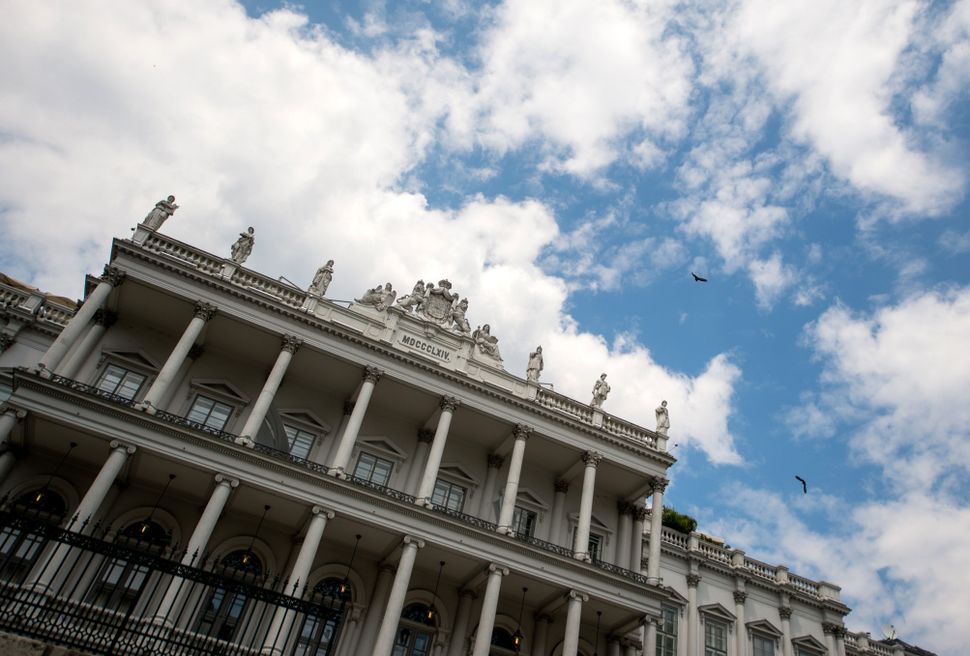 Iran and six world powers gave themselves an extra week to reach a final nuclear accord after it became clear they would miss a deadline on Tuesday, with U.S. and Iranian officials sounding upbeat even though obstacles remain.

With all sides accepting that Tuesday’s original deadline would come and go without an agreement, Iran and the six powers agreed to extend an interim accord until July 7 in order to have more time to negotiate a comprehensive agreement.

Under the interim agreement, reached in November 2013 and known as the Joint Plan of Action, Iran agreed to take some steps to constrain its nuclear program in exchange for limited relief from economic sanctions ahead of talks on a final deal.

Western countries have imposed sanctions on Iran which they suspect of seeking the capability to make a nuclear weapon. Tehran says its nuclear program is peaceful.

A successful negotiation would help ease decades of hostility between Iran and the United States, but many U.S. allies in the region, including Israel and Saudi Arabia, are skeptical, as are some hardliners in both Washington and Tehran.

“The P5+1 and Iran have decided to extend the measures under the Joint Plan of Action until July 7 to allow more time for negotiations to reach a long-term solution … on the Iran nuclear issue,” said Marie Harf, senior adviser for strategic communications at the U.S. State Department.

Diplomats said the Vienna talks would run on for as long as necessary to reach a comprehensive deal intended to promise an end to sanctions in exchange for at least a decade of limits on Iran’s most sensitive nuclear activities.

U.S. Secretary of State John Kerry, on crutches with a broken leg, resumed negotiations on Tuesday with Iranian Foreign Minister Mohammad Javad Zarif, who returned in the morning from consultations with the Iranian leadership in Tehran.

Zarif flew in with Iran’s nuclear chief Ali Akbar Salehi, who is still recovering from major surgery in May. The two immediately went into almost two hours of private talks with Kerry.

“I am here to get a final deal, and I think we can,” Zarif told reporters.” He was also due to meet his German and Russian counterparts later.

For more than a week, the powers have been working into the night with Iran trying to break an impasse in talks that they feel have never been closer to concluding positively.

Diplomats have said the real deadline is not June 30 but July 9, the latest the deal can be presented to the U.S. Congress if a mandatory review period before President Barack Obama can begin suspending sanctions is to be limited to 30 days. After that, the review will last 60 days, with growing risks that the deal could unravel.

The main differences are on the pace and timing of sanctions relief for Iran and on the nature of monitoring mechanisms to ensure it complies with the deal.

“There are real and tough issues that remain which have to be resolved in order to get the comprehensive agreement, and we still do not know yet whether we will be able to get there,” a senior U.S. administration official told reporters on Monday.

A big sticking point is Western demands that U.N. inspectors have access to Iranian military sites and nuclear scientists.

Western diplomats say they are nearing a resolution, although Iranian officials maintain that access to military sites is a red line set by Supreme Leader Ayatollah Ali Khamenei.

The U.S. official said the six powers had come up with a system to ensure that the International Atomic Energy Agency (IAEA) would have the necessary access, though there was no suggestion the Iranians had agreed to this.—Reuters