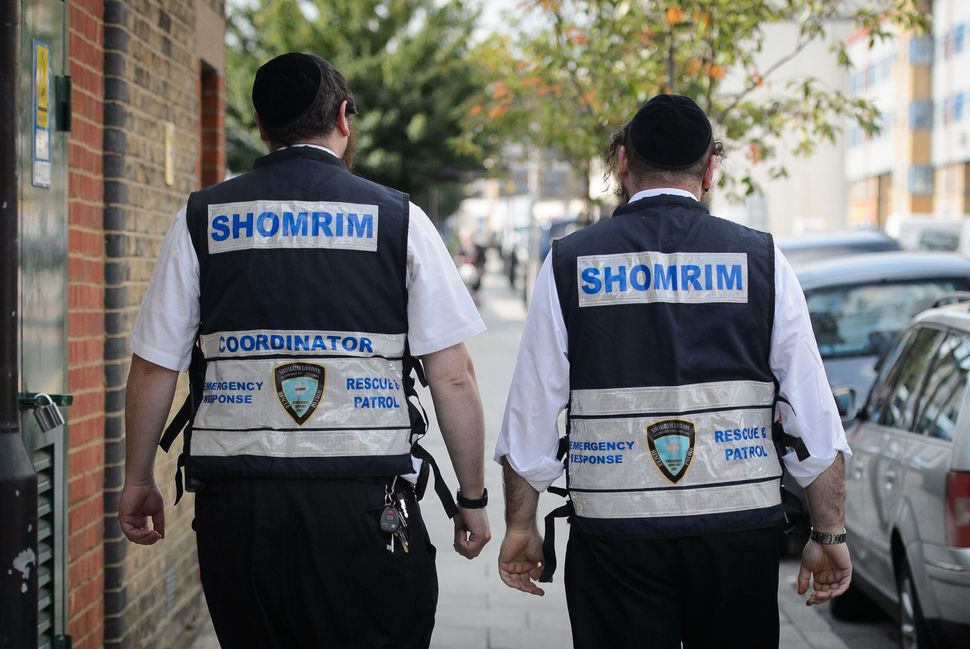 Police ordered a neo-Nazi demonstration planned for a London suburb with a large Jewish population to be moved.

The decision to relocate Saturday’s demonstration from the Golders Green neighborhood of the Barnet borough to central London followed weeks of intense conversations with Barnet and British officials and law enforcement, according to Britain’s security watchdog, Community Security Trust. CST was joined in the talks by several Jewish groups, notably the Board of Deputies of British Jews.

“This will allow Jewish residents of Golders Green and the surrounding area to observe their Shabbat with integrity and dignity; and sends a strong message of support for British Jews at a time when fears of anti-Semitism remain high,” CST said in a statement. “We will not sit idly by when anti-Semitic neo-Nazis choose to spend their Saturday afternoons agitating against Jews in various areas of North London.”

The demonstration against “Jewish privilege” organized by the self-described fascist Joshua Bonehill will feature “Jewish book burning and Jewish flag destruction,” Bonehill has said. Earlier this year, the neo-Nazis demonstrated against the “Jewification of Great Britain” in the haredi Orthodox neighborhood of Stamford Hill.

Extra police will be on patrol in Golders Green in case protesters or counter-protesters still show up in the neighborhood, Police Chief Superintendent Adrian Usher of the Barnet Police told the London-based Jewish Chronicle.

Despite requests from local Jews, the police declined to ban the rally.

CST said it recognized “freedom of speech and assembly are fundamental human rights.”

“It is, nevertheless, surely correct that hate speech and racism are legislated against: and, if those principles are to apply anywhere, then it must surely include when neo-Nazis try to demonstrate in Golders Green,” the security watchdog said.

David Cameron, the British prime minister, said in Parliament earlier this month that the neo-Nazis had a right to free expression, though he also condemned the rally and said any “harassment or threatening behavior … should be prosecuted.”

Other Jewish groups that participated in the negotiations on moving the demonstration were the London Jewish Forum, the Jewish Leadership Council and the Parliamentary Committee Against Antisemitism.