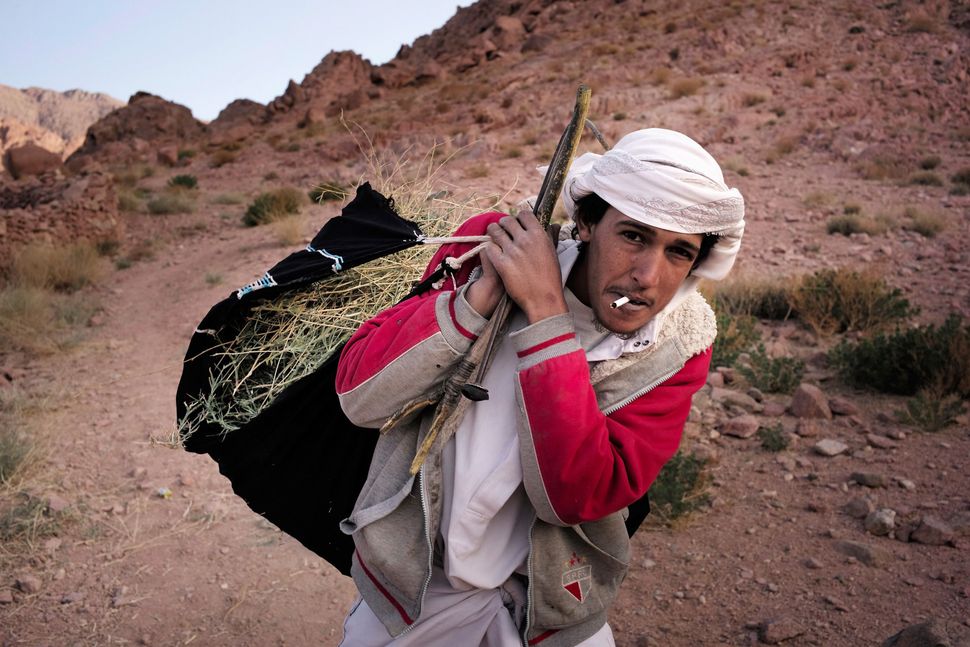 An Israeli general has accused members of Hamas in Gaza of providing support to militants linked to Islamic State in Egypt’s Sinai peninsula, where the Egyptian army has fought deadly battles with Islamist insurgents in recent days.

Major-General Yoav Mordechai, who oversees Israel’s civilian policy towards Gaza, named members of Hamas’s military wing he said were involved in training fighters of Islamic State, also known as ISIS, and smuggling wounded from Sinai into Gaza for treatment.

“We know that Hamas, and I have verified information, that Hamas in Gaza is assisting ISIS Sinai Province both in organization and armaments,” Mordechai told Al Jazeera in an interview, speaking in Arabic.

It is not clear how the militants would have been moved into Gaza given that Egyptian forces control the border, but there are believed to still be tunnels between the two sides that Egypt has not yet found and destroyed.

Hamas, which has rejected similar accusations made by Egypt in the past, said Mordechai’s charges were an attempt to damage its relations with Cairo. It denied any involvement in Egypt.

“Security services in Gaza control the borders and prevent any movement into and from Gaza through the borders. Such a silly Israeli incitement will not fool anyone,” Hamas spokesman Sami Abi Zuhri told Reuters in Gaza.

Hamas, an Islamist group that seized power in Gaza in 2007, has faced its own threats from Salafist and ISIS-linked militants in recent weeks. On Tuesday, Islamic State militants released a video threatening to turn Gaza into another of their “fiefdoms,” as in parts of Iraq and Syria.

Israel and Egypt have coordinated in putting pressure on Hamas in Gaza, with Israel enforcing a blockade of the territory and limiting the flow of goods and people, while Egypt has largely kept its border crossing at Rafah closed.

Egyptian forces have fought furious battles against Islamist militants in northern Sinai in recent days, with at least 17 soldiers and 100 militants killed, according to the Egyptian army.

Israel is watching the situation closely. It has expressed its support for Egyptian President Abdel Fattah al-Sisi, with whom it has developed closer ties since the former army chief toppled Islamist President Mohamed Mursi in 2013.