Western Wall Rabbi Apologizes for Turning Away Woman in Kippah 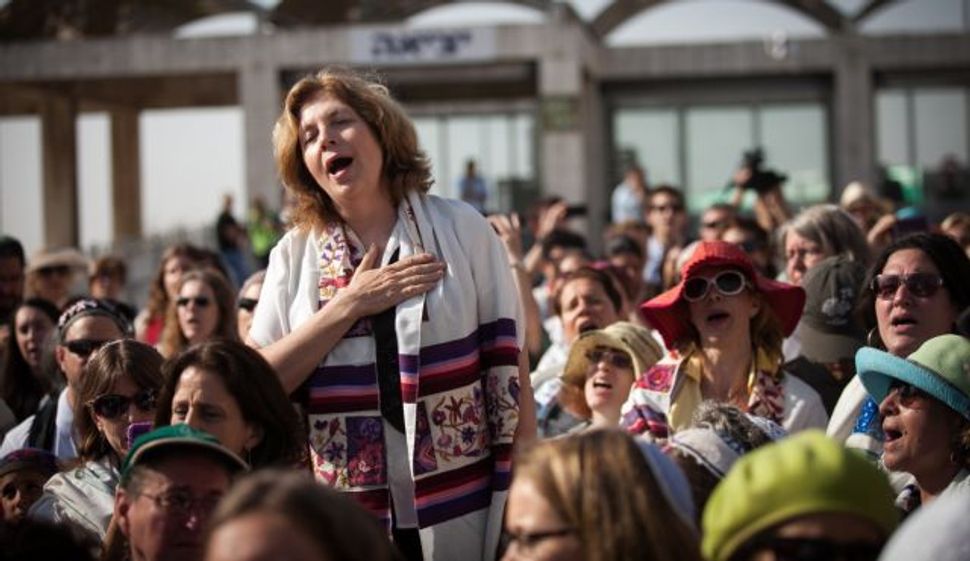 The rabbi of the Western Wall apologized that a woman was turned away from the holy site for wearing a kippah, but said he was not familiar with the incident.

Rabbi Shmuel Rabinovitch said in a statement issued Tuesday that if the incident did occur, the response was incorrect.

Rabinovitch also said that the Israel Police have not reported such an incident involving a woman identified by the Women of the Wall group only as Linda, a recently arrived American yeshiva student.

“If there was an incident of this kind, Western Wall officials were wrong to prevent Linda from entering,” the rabbi said. “The Western Wall is open to all men and women. I give my sincere apologies and the apologies of my staff to Linda and hope you return soon to visit the Western Wall.”

Women of the Wall on Monday said in a Facebook post under the heading “Breaking News” that Linda was prevented by security guards from entering the Western Wall plaza because she was wearing a kippah. She refused to accompany a guard to the nearby police station and instead was escorted to the taxi stand outside the Kotel, Women of the Wall said.

The rabbi expressed his regret over the “atmosphere of suspicion and distrust” at the Kotel as a result “of the struggles of Women of the Wall; an atmosphere that is harming many worshippers, Linda among them.”

Western Wall Rabbi Apologizes for Turning Away Woman in Kippah