Israel Minister Not Sorry for ‘Sinner’ Slur Against Reform Jews 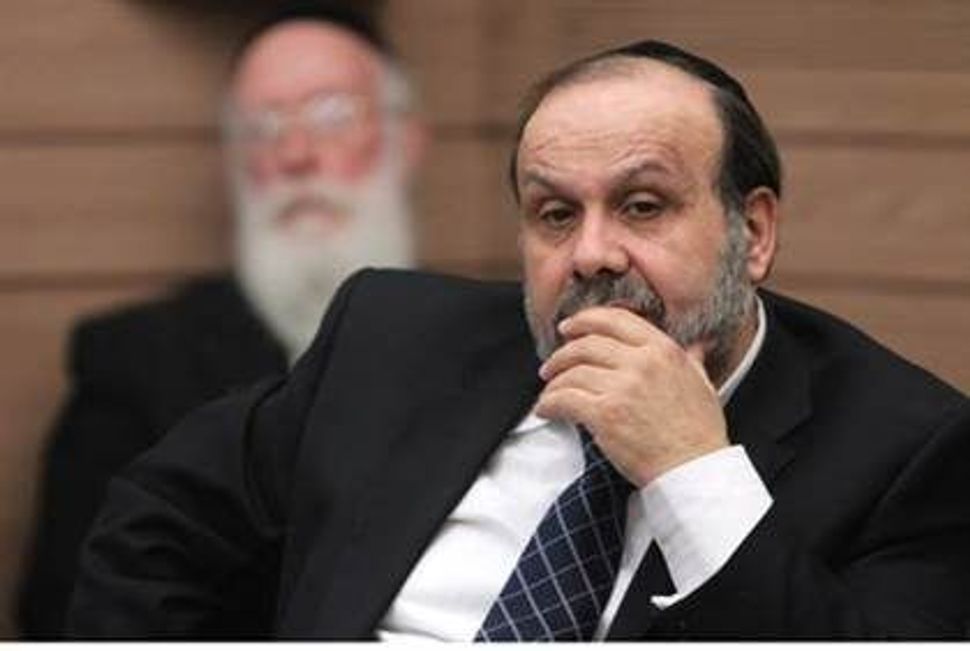 “Of course, all Jews, even though they sin, are Jews,” David Azoulay of the Sephardic Orthodox Shas party said Wednesday in a speech on the floor of the Knesset. “At the same time, it is with great pain that we view the damage caused by Reform Judaism, which has brought the greatest danger to the Jewish people, the danger of assimilation.”

His clarification came a day after he said that Reform Jews cannot be considered Jewish.

In the Knesset, he also said, “Interested parties exploited my statement to deepen the rift within the nation and increase the incitement.”

Azoulay, adding to his clarification, said, “No one has a monopoly for determining who is a better Jew. And yet, we see with great pain the danger of the Reformation in Judaism, which brought the greatest danger to the Jewish nation: assimilation.”

“We pray that sins will be purged from the land – sins, not sinners,” he added.

Azoulay made his original remarks in an interview with Army Radio.

“A Reform Jew, from the moment he stops following Jewish law, I cannot allow myself to say that he is a Jew,” he said. “These are Jews that have lost their way, and we must ensure that every Jew returns to the fold of Judaism, and accept everyone with love and joy.”

Last month, Azoulay in an interview also called Reform Jews “a disaster for the people of Israel.”

Israel Minister Not Sorry for ‘Sinner’ Slur Against Reform Jews