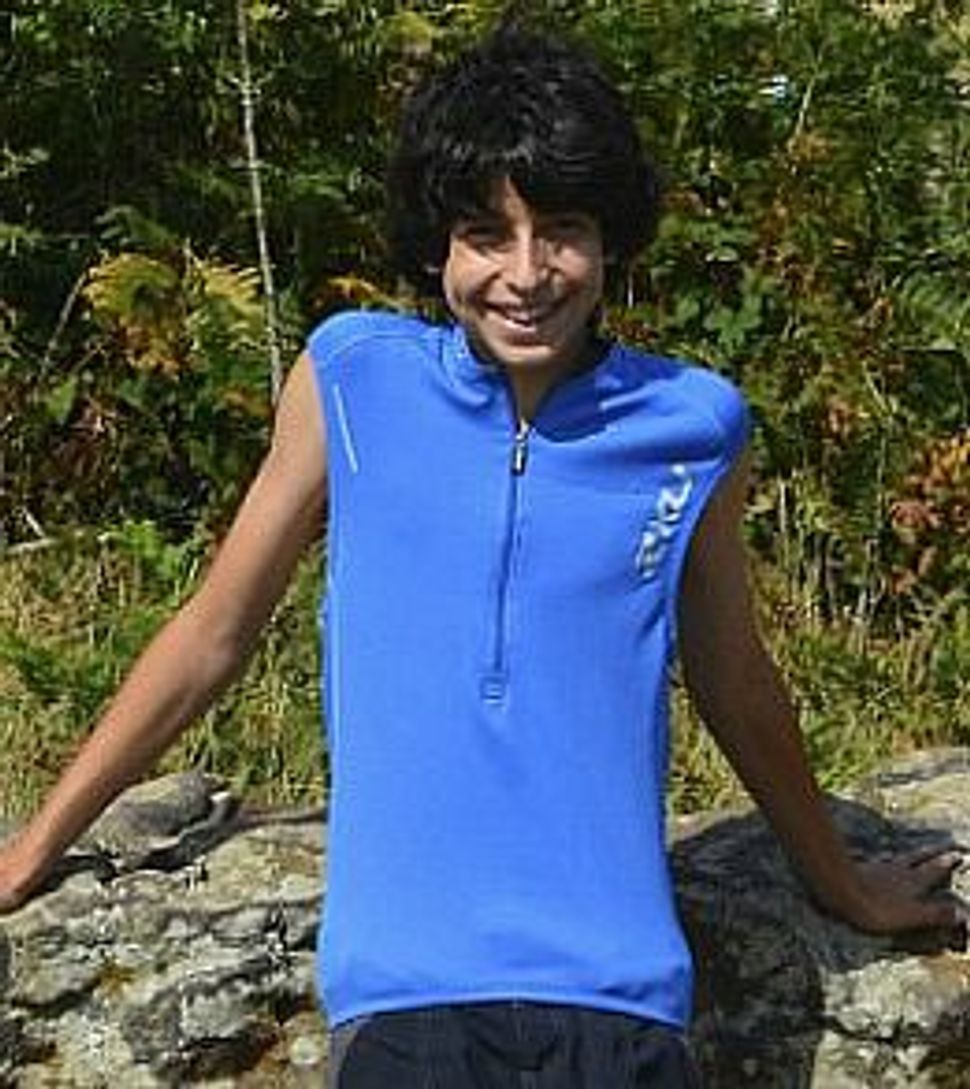 The mother of a Brooklyn bar mitzvah boy struck and killed by a van in 2013 says she is satisfied with a traffic judge’s decision to suspend the driver’s license for six months over his role in the crash.

“We are grateful that the DMV is finally holding reckless drivers accountable,” said Amy Cohen, whose son, Sammy Cohen Eckstein died in the incident. “By suspending his license, the DMV recognized that Sammy was not killed in an ‘accident.’”

Sammy Cohen Eckstein, was . His bar mitzvah was scheduled for the next month.

More than a year and half later, Administrative Law Judge Mar Berger suspended Quizhpi-Tacuri’s license for 180 days. The charges include failed use of due care, passing another care unsafely, and driving with an invalid license, according to Gothamist.

The 18-month waiting period was due to a backlog of cases at the DMV, according to DNAinfo.

“I am not even angry at him anymore,” Amy Cohen said in a New York city hearing.

Sammy Cohen Eckstein was chasing a soccer ball out into Prospect Park West when Quizhpi-Tacuri’s van struck him. Quizhpi-Tacuri was not arrested or accused of any crime.

At the hearing, Quizhpi-Tacuri said that he saw the ball bounce into the street. When the car in the next lane stopped, Quizhpi-Tacuri, who was late to an appointment delivering building materials, said he was unable to see Cohen Eckstein and struck him.

If Quizhpi-Tacuri drives with his suspended license, he could face a fine of up to $500 or 30 days in jail for an aggravated unlicensed operation, according to DNAinfo.

According to Cohen, who now champions stricter and safer traffic laws, more than 23,000 people have been injured in New York City traffic so far this year. More than 100 people have died.

On July 14, more than 1,000 people will gather in Union Square to pledge to stop using the word “accident” when describing a traffic collision.