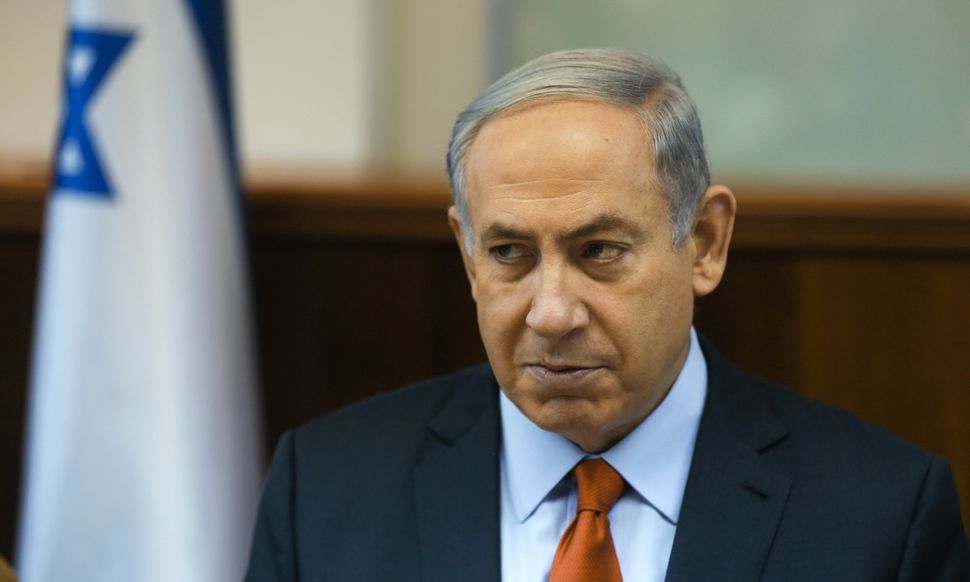 Israel will ramp up its lobbying of the U.S. Congress to try to hinder the nuclear agreement struck with Iran on Tuesday and minutely monitor the deal for any violations in the hope of getting sanctions reimposed on Tehran.

Responding with alacrity to news that six world powers had agreed to lift sanctions on Iran in exchange for curbs on its nuclear program, Israel’s prime minister and other senior officials condemned the historic pact.

Prime Minister Benjamin Netanyahu, who has described Iran as akin to the militants of Islamic State, said the deal was “a stunning, historic mistake.”

In a statement before convening his inner circle of ministers to discuss the deal, he added: “Israel is not bound by this deal with Iran because Iran continues to seek our destruction. We will always defend ourselves.”

Netanyahu was expected to speak to President Barack Obama later on Tuesday about the deal, Israeli media reported.

He warned that “Iran will get a jackpot, a cash bonanza of hundreds of billions of dollars, which will enable it to continue to pursue its aggression and terror in the region and in the world.”

Iran does not recognize Israel and has in the past said it should be wiped off the map, leading the small Jewish state, widely assumed to possess the Middle East’s only nuclear arsenal, to portray Iran as a threat to its existence.

Having spent months trying to stall the deal and expose its perceived frailties, Israeli officials said they would now focus on persuading the U.S. Congress to reject it, while tracking Iran meticulously to catch violations.

In an indication of the broad opposition to the deal in Israel, center-left leader Isaac Herzog, Netanyahu’s chief political rival, said he would soon visit the United States to lobby for more U.S. military support as a defense against Iran.

U.S. lawmakers have 60 days to review the deal, with Obama seeking bipartisan support for an agreement that would be a central plank of his legacy. Even if the review goes against Obama, he could overrule Congress by veto, although that would tarnish the achievement.

“HOLES IN THE AGREEMENT”

“Israel must focus and explain all of the holes in this agreement, which will just intensify terrorism and increase Middle East chaos,” Gilad Erdan, minister of public security and a member of Netanyahu’s Likud party, told Israel’s Army Radio.

Netanyahu’s relations with the White House are already rocky, not least because he addressed a joint session of Congress in March to criticize the emerging deal, and some in Israel have questioned the value of lobbying Congress again.

But confidants of Netanyahu said he was as determined as ever to have his views heard.

“Why shouldn’t we go all-out in Congress?” one person close to Netanyahu said. “Even if we don’t garner all the votes we need, and even if Obama exercises a presidential veto to get the Iran deal ratified, it will still have symbolic value for us.”

Dore Gold, director-general of Israel’s Foreign Ministry and a veteran Netanyahu adviser, saw no need to “feel ashamed” about arguing against the nuclear deal in the United States – which he insisted could be done without aggravating Obama personally.

Gold said open communications were needed to report and act on any attempt by Iran to violate the curbs on its nuclear program, an allusion to increased Israeli monitoring.

Under the agreement, international sanctions on Iran could be reimposed within 65 days if Tehran violates any part of the pact, diplomats said.

Netanyahu has also beefed up Israel’s armed forces, which have been tasked with preparing last-ditch strikes on Tehran’s nuclear sites – though such a prospect has little support domestically and is seen as highly unlikely.

In a hint at military preparedness, Netanyahu convened his security cabinet – a small group of senior ministers – later on Tuesday to discuss the response to the deal.

Erdan said war had not been ruled out: “Israel is keeping all options on the table, diplomatic or otherwise.”

Washington, which gives Israel $3 billion in annual defense grants and has signaled that it is open to increasing that, has tried to stay its ally’s hand with joint missile defense projects designed to offset the threat from Iran.

At the same time, the United States has increased defense support to other allies in the region who have concerns about Iran, including Saudi Arabia, Jordan, Egypt and the Gulf states.

Israeli officials have emphasized the interests they share with those countries, hinting at the need for Israel and the Sunni Arab states to stand together against what they see as Shi’ite Iran’s ambitions for wider regional influence.

Palestinian Foreign Minister Riyad al-Malki said the Palestinians welcomed the agreement which he said would “help stabilize our region and resolve problems.”