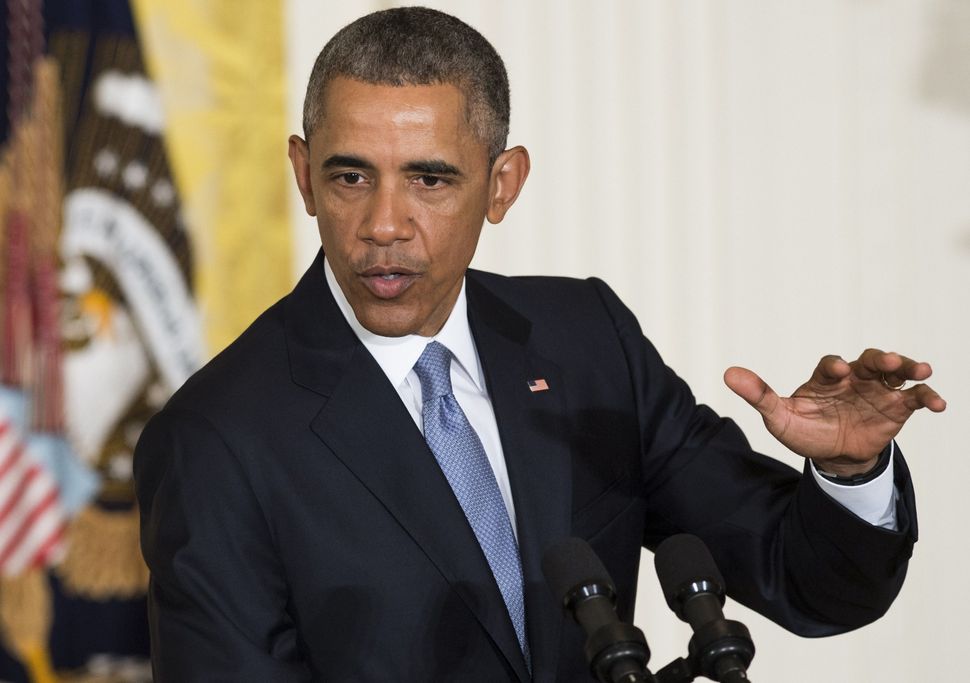 President Barack Obama heralded a nuclear deal with Iran on Tuesday as an opportunity worth seizing and warned Congress he would veto any legislation that prevented its successful implementation.

Obama, speaking at the White House, said every pathway for Iran to get a nuclear weapon was cut off under the agreement. The deal was built on verification, not trust, he said, and it would be “irresponsible” to reject.

The president said the deal did not resolve all of the differences between the historic foes and noted Washington would maintain sanctions on Tehran for human rights violations and other issues.

Despite those differences, Obama said the deal was a chance for change in the region.

“This deal offers an opportunity to move in a new direction,” Obama said. “We should seize it.”

The deal represents a foreign policy win for Obama, who was criticized as a 2008 presidential candidate for proposing that the United States reach out to its enemies.

Under the deal, sanctions imposed by the United States, European Union and United Nations will be lifted in exchange for Iran agreeing to long-term curbs on a nuclear program that the West suspected was aimed at creating a nuclear bomb.