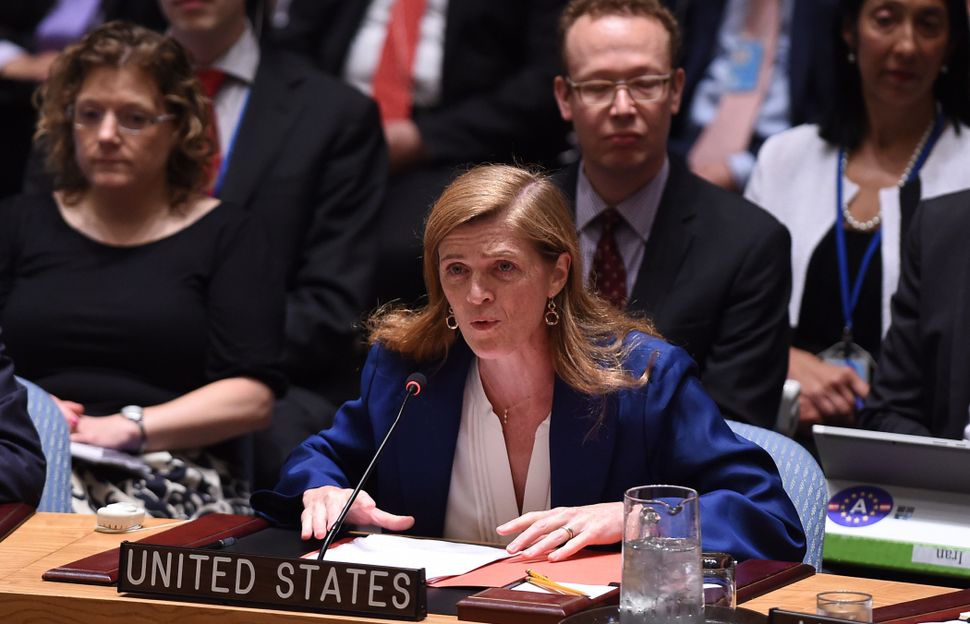 The European Union also approved the deal, which curbs Iran’s nuclear program in return for easing economic sanctions, while Germany rapidly moved to revive its once close trading relationship with Tehran. EU foreign ministers, inspired by the diplomacy that led to the nuclear pact, agreed to try and involve more countries in restarting peace talks between Israel and the Palestinians.

At the United Nations, the Security Council unanimously adopted a resolution that was negotiated as part of the agreement reached in Vienna between Iran and the six powers.

In return for lifting the U.S., EU and U.N. sanctions that have crippled its economy, Iran must accept long-term limits on the nuclear program that the West suspected was aimed at creating an atomic bomb, but which Tehran says is peaceful.

The White House said several cabinet members would give two classified briefings to lawmakers in Congress on Wednesday and it welcomed a letter signed by 60 national security experts approving the deal.

While the Democratic Party leader in the U.S. House of Representatives, Nancy Pelosi, wrote to colleagues backing the nuclear agreement, congressional Republicans, who control both chambers of Congress, railed against the U.N. vote. Several called it an “affront to the American people” because it took place before the end of the congressional review period.

Congress has 60 days to decide whether to approve or reject the deal.

The agreement also faces opposition in some Middle East states, including Israel and Saudi Arabia. Israel warned U.S. Defense Secretary Ash Carter on his visit to Israel on Monday that it feared the pact would translate into more money for Hezbollah, an Iranian-backed Lebanese militia group, and others hostile to Israel.

“We will never accept it,” he was quoted as saying by the semi-official Tasnim News Agency.

Iranian hardliners are worried that U.N. inspectors may gain some access to sensitive military sites under the resolution, which becomes international law.

The country’s senior nuclear negotiator, Seyed Abbas Araghchi, dismissed critics’ concerns and called the resolution an “unprecedented achievement in Iran’s history.” The deal must be approved by Iran’s National Security Council and later by Khamenei. Parliament’s role is not clear.

The EU’s approval of the deal with the United States, China, Russia, Britain, France and Germany marked a first step towards lifting Europe’s economic sanctions against Tehran. The bloc hopes this will send a signal that the U.S. Congress will follow.

In a message mainly aimed at skeptical voices in Congress and strong resistance from Israel, EU foreign ministers meeting in Brussels stressed that there was no better option available.

“It is a balanced deal that means Iran won’t get an atomic bomb,” said French Foreign Minister Laurent Fabius.

Samantha Power, the U.S. ambassador to the United Nations, appeared to try to address some of the concerns shared by congressional conservatives and some in the Middle East. The deal “doesn’t change our profound concern about human rights violations committed by the Iranian government or about instability Iran fuels … from its support for terrorist proxies to its repeated threats against Israel, its other destabilizing activities in the region,” she said.

Iran’s U.N. Ambassador, Gholamali Khoshroo, rejected the U.S. accusations as baseless. “The country that invaded two countries in our region and created favorable grounds for the growth of terrorism and extremism is not well placed to raise such accusations against my country,” he told the Council.

Passage of the U.N. resolution triggers a complex set of coordinated steps agreed by Iran during nearly two years of talks with the powers.

It says that no sanctions relief will be implemented until the International Atomic Energy Agency submits a report to the Council verifying that Iran has taken certain nuclear-related measures outlined in the agreement.

Under the deal, the major powers which signed the accord don’t need to take any further action for 90 days. Then they are required to begin preparations so they are able to lift sanctions as soon as the IAEA verification report is submitted.

KEEN TO DO BUSINESS

Some countries are already keen to do business with the oil exporter. Germany and Iran moved tentatively on Monday towards reviving trade, anticipating the lifting of the sanctions.

For decades, Germany was Iran’s biggest trading partner in Europe. German exports there hit 4.4 billion euros in 2005 but then slumped to 1.8 billion by 2013 as the West tightened the sanctions.

The trip is a delicate one for Gabriel, who is also Vice Chancellor, partly because of Germany’s close ties to Israel, Iran’s sworn enemy.

Gabriel said better economic ties depended on Iran improving relations with Israel. “For us Germans, Israel’s security is of great importance,” he told a news conference.

At the same news conference, Iranian Foreign Minister Mohammad Javad Zarif did not touch on the issue of Israel directly, but said: “Of course we have differing political views. But we can talk about these differences of opinion.”—Reuters