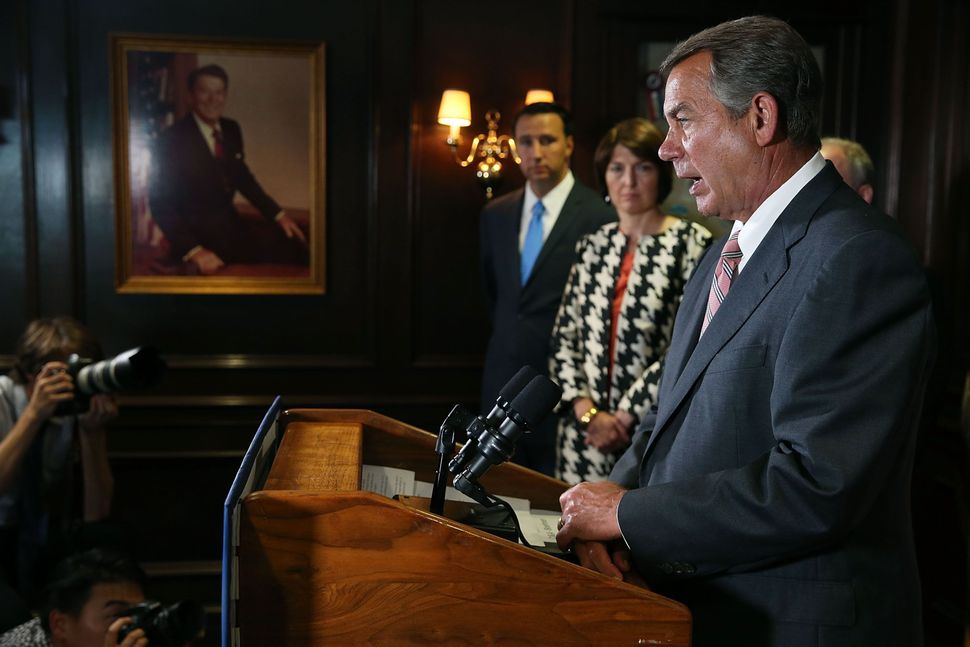 House of Representatives Speaker John Boehner on Wednesday said he and others in Congress would do “everything possible” to stop a new nuclear deal with Iran from moving forward.

“Members of Congress will ask much tougher questions this afternoon when we meet with the president’s team, and because a bad deal threatens the security of the American people, we’re going to do everything possible to stop it,” Boehner told reporters.

Democrats and Republicans in the Senate and House of Representatives are expected to press the Obama administration officials on details of the deal, which is aimed at easing economic sanctions on Tehran in return for guarantees that it will not pursue the development of nuclear weapons.

Kerry, Lew and Moniz are also due to testify on Thursday to the Senate Foreign Relations Committee.

The government of Israel continued on Wednesday to press lawmakers to block the deal, with Israeli Ambassador Ron Dermer meeting privately with a group of about 40 House conservatives.

A spokesman for the group of lawmakers known as the Conservative Opportunity Society said Dermer discussed “paths forward” in Congress’ oversight of the deal. The Israeli government opposes the agreement.

Full House and Senate debates and votes to approve or reject the nuclear agreement are expected in September, after Congress returns from an August recess.

“It’s always the administration, not Congress, that carries the burden of proof in a debate of this nature. And it seems the administration today has a long way to go with Democrats and Republicans alike,” Senate Majority Leader Mitch McConnell, a Republican, said on Wednesday.