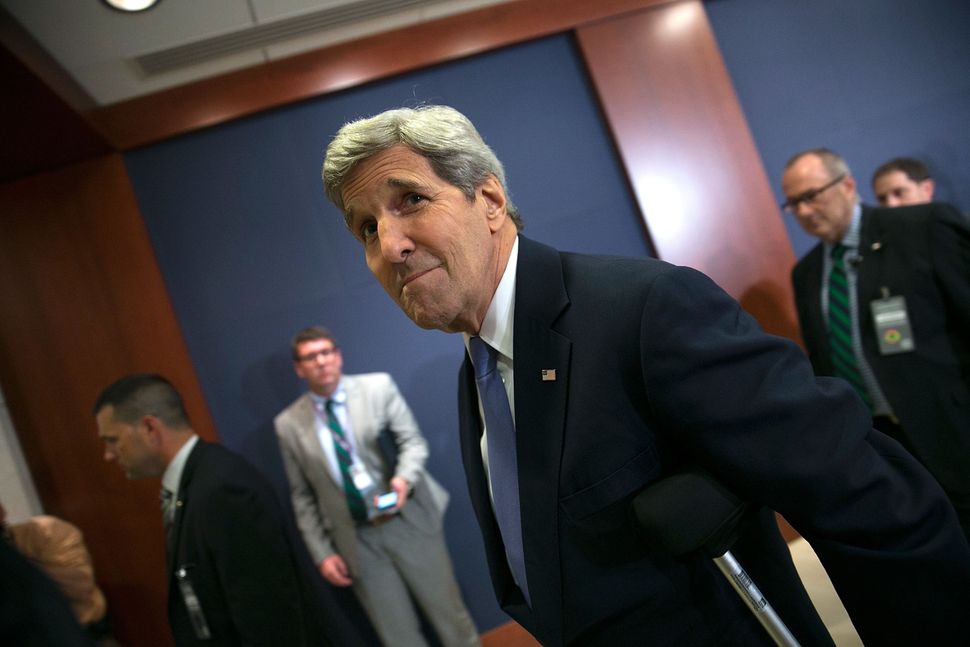 Lawmakers skeptical about the nuclear deal with Iran promised to press senior Obama administration officials to make more information about it public at a Senate hearing on Thursday as Congress begins its two-month review of the agreement.

Secretary of State John Kerry, Treasury Secretary Jack Lew and Energy Secretary Ernest Moniz will testify before the Senate Foreign Relations Committee, the first such public appearance by the cabinet officials since the deal was announced on July 14.

They briefed the entire Senate and House of Representatives in separate closed-door sessions on Wednesday, and administration officials have held a series of private telephone conversations and meetings with lawmakers.

Among other issues, lawmakers said they wanted more information about the timing of sanctions relief and ability to “snap back” sanctions if Iran cheats, clarity on the timing of inspections and more answers about how much money would go to Iran.

“We have leverage, but in nine months, they’ll have their cash and all the sanctions will be relieved. People will be in there signing contracts, and then the leverage sort of shifts to them,” said Senator Bob Corker, the Republican chairman of the Foreign Relations Committee.

Corker has said he is skeptical about the agreement, but would wait until he knows more before deciding whether to vote against the deal.

Ben Cardin, the top Democrat on the panel, said the closed-door briefing had been useful but questions remained. “There are many areas of concern that we want to get clarified,” he said.

Cardin is one of many Democrats who have not yet decided how they would vote on the deal.

Under a bill President Barack Obama signed into law in May, Congress has until Sept. 17 to approve or reject the agreement, in which Iran agreed to rein in its nuclear program in exchange for sanctions relief.

With many Republicans lining up to oppose it, Obama needs to convince as many of his fellow Democrats as possible to back the deal. If a disapproval resolution passes Congress and survives a veto, Obama would be unable to waive most of the U.S. sanctions imposed on Iran, which could cripple the nuclear pact.—Reuters