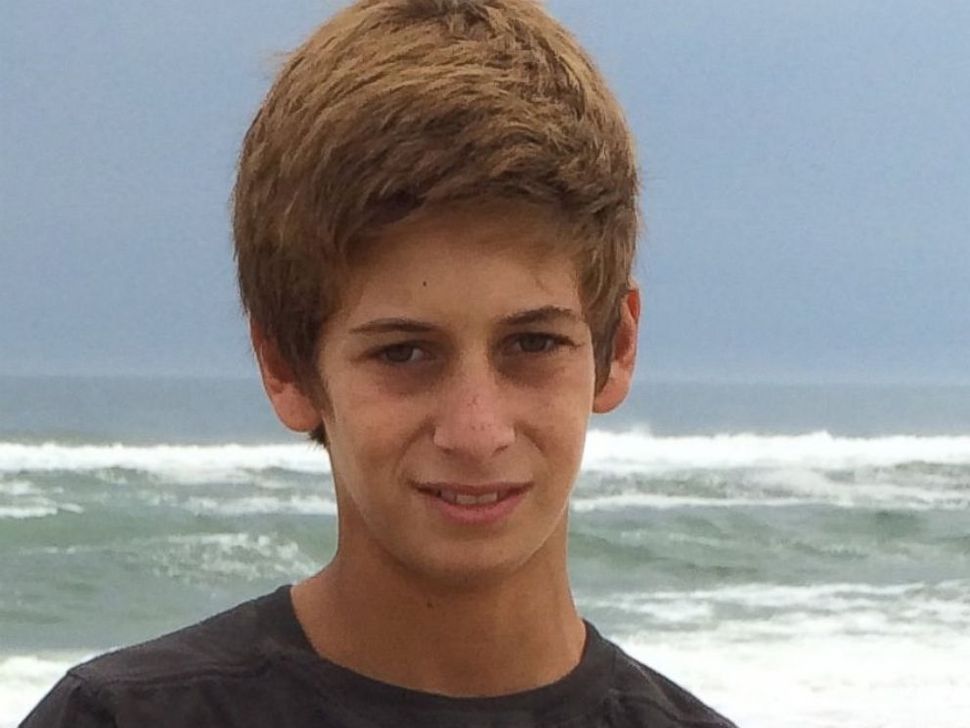 The search for two missing 14-year-old boys from South Florida whose empty boat was found adrift in the Atlantic Ocean has been extended north beyond Jacksonville to encompass an area the size of Maine, the U.S. Coast Guard said on Monday.

The boys, Austin Stephanos and Perry Cohen, were last seen on Friday afternoon buying fuel in Jupiter, Florida. Their 19-foot, single-engine boat was found on Sunday overturned and empty east of Ponce Inlet, 180 miles north of Jupiter. One life vest was found near the boat.

The Coast Guard cutter Paul Clark and a C-130 airplane will continue the search for the boys between Daytona Beach and Fernandina Beach, about 305 miles north of their last sighting, Coast Guard Petty Officer Anthony Soto said.

The extension of the search area is based on currents and drift models, Petty Officer Steve Lehmann said.

Joe Namath, the Hall of Fame former New York Jets quarterback who is a neighbor of the boys, offered a $100,000 reward to qualified searchers for their safe return.

Initial reports to the Coast Guard on Friday indicated the boys might have been heading toward the Bahamas on a fishing trip. Family members described the boys as experienced boaters.

Perry’s mother, Pamela Cohen, said on Monday the families still had faith the boys would be found and urged the public to help search for any signs of them. She asked people to walk the beaches looking for any possible debris along the Florida coastline and for boaters to look for any other signs.

Authorities and the family are also looking for a Yamaha brand engine cover and a white cooler from the boat that have not yet been recovered.

“Hopefully these boys have them and are using them as flotation devices,” she said in a telephone interview on MSNBC. “Those are salty dog kids,” Nick Korniloff, Cohen’s stepfather, told reporters in video posted on CFL 1, an Orlando news channel.