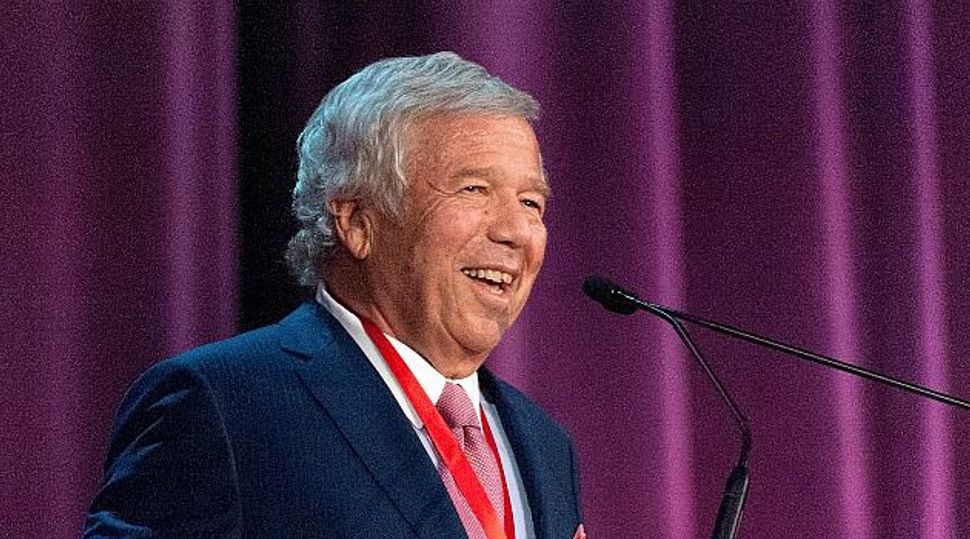 Robert Kraft, the Jewish owner of the New England Patriots, slammed the National Football League for suspending Tom Brady, his team’s star quarterback, for the first four games of the upcoming season.

Brady is accused of participating in a scheme, which has come to be known as “Deflategate,” in which air was let out of footballs used in the January 2015 AFC Championship Game and of obstructing an NFL investigation, including by destroying his cellphone.

Both the National Football League and the NFL Players Association have filed federal lawsuits in the case. Kraft said in his statement that he will not speak again about the matter until the end of the legal proceedings.

Kraft told his team’s supporters that he was sorry for not taking the matter to court when it came to light earlier this year.

“I want to apologize to the fans of the New England Patriots and Tom Brady. I was wrong to put my faith in the league,” he said. “Personally, this is very sad and disappointing to me.”

In June, Kraft led a mission to Israel of 19 Pro Football Hall of Famers.