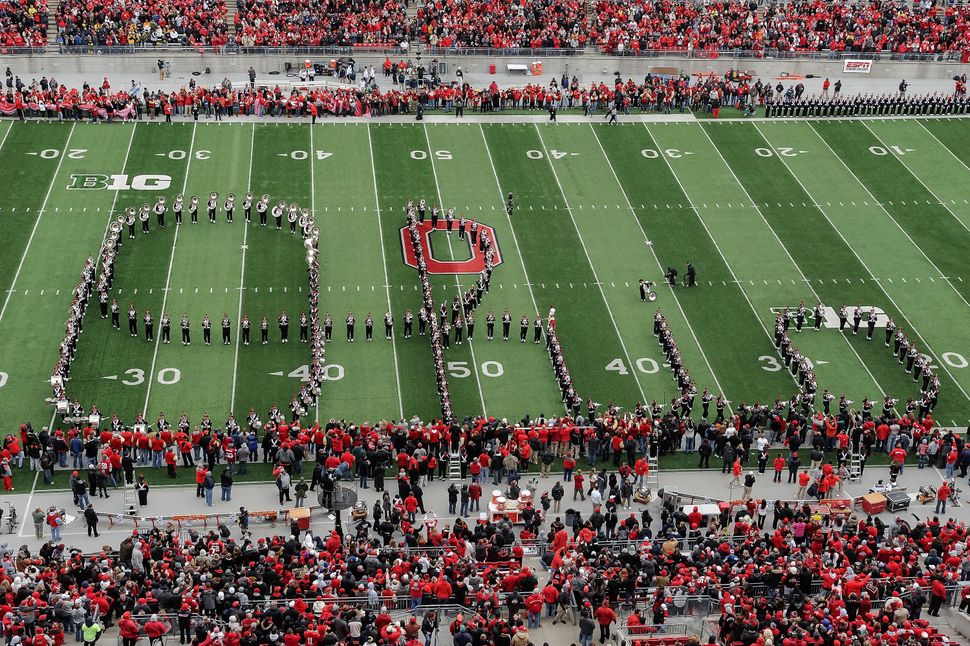 Ohio State University condemned the behavior of students who wrote and distributed doggerel that ridiculed the Holocaust.

The song, titled “Goodbye Kramer,” appeared in a book of parodies updated in 2012 and circulated privately by members of the Ohio State University marching band, the Wall Street Journal reported Thursday.

The lyrics, to be sung to the tune of the 1981 Journey hit “Don’t Stop Believin’, include references to Nazi soldiers “searching for people livin’ in their neighbor’s attic” and a “small town Jew … who took the cattle train to you know where.”

In a statement, Ohio State said the songbook reflected “shocking behavior” that the school is “committed to eradicating from its marching band program.”

“It is never acceptable to trivialize Holocaust imagery,” it said in a statement Thursday. “To do so in a jovial tone and completely for the sake of offending is even more abhorrent.”