Kanye West to Perform in Israel 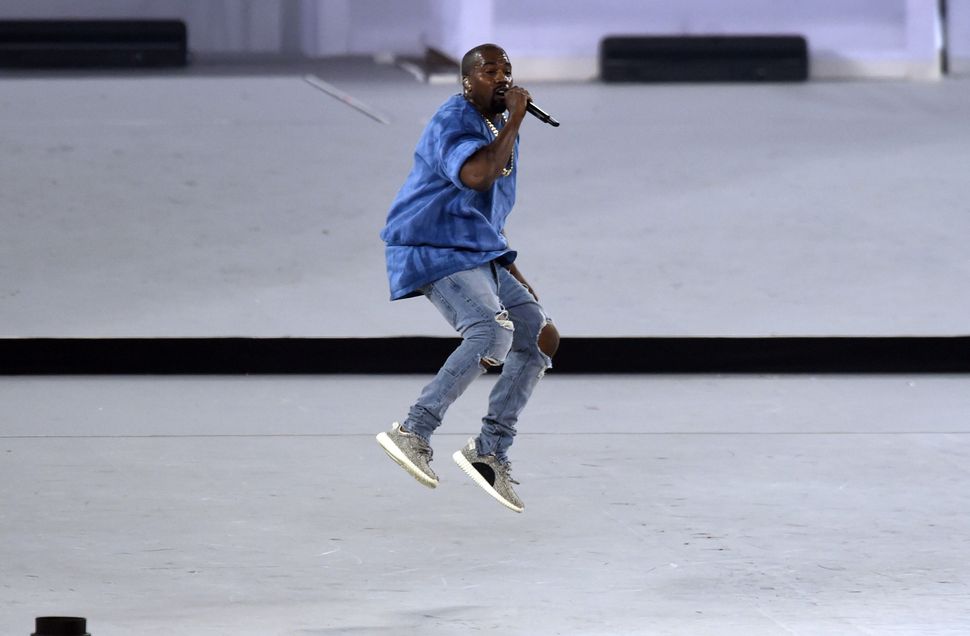 The American rapper Kanye West will perform in Israel.

Promoters announced the Sept. 30 concert in Tel Aviv on Tuesday, nearly four months after West visited the country with his wife, the reality star Kim Kardashian, and their daughter, North. During the April visit, the power couple baptized North at the Cathedral of St. James in Jerusalem’s Armenian Quarter.

Kardashian recently announced that she has a baby boy due in December. It is not known if she will accompany West to Israel for the concert.

Concert producers Leah Luzon and Benny Menashe told The Jerusalem Post that West’s April visit to Israel strongly influenced his decision to perform there. During the visit it was rumored that West would perform an impromptu concert in Jerusalem, which never occurred.

In 2013, West said in a radio interview, “Black people don’t have the same level of connections as Jewish people” in defending President Barack Obama’s difficulty in passing his policies, raising the ire of Jewish groups, including the Anti-Defamation League.

Kanye West to Perform in Israel