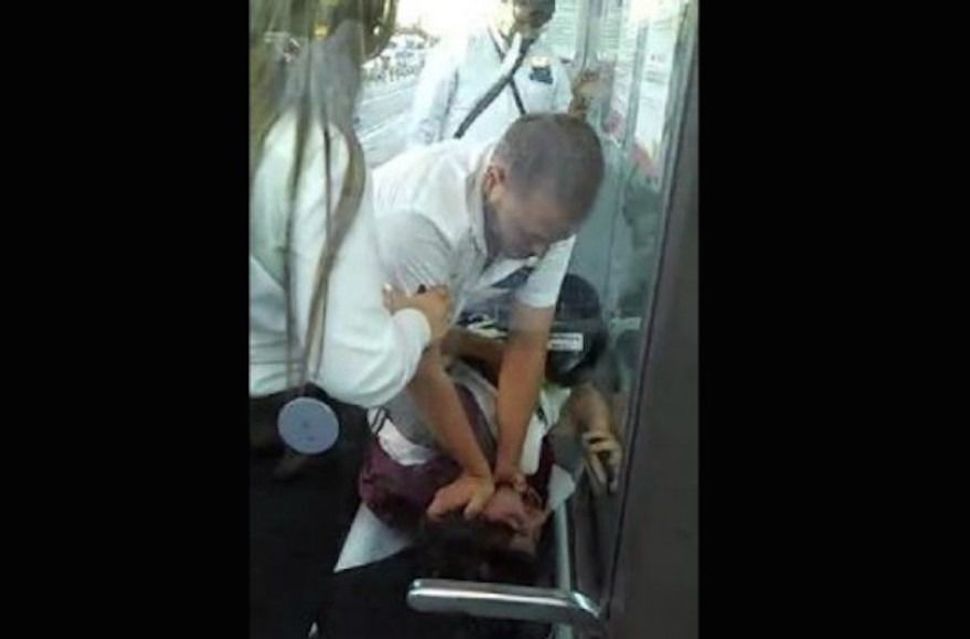 An American tourist in Israel was roughed up by a security guard on Jerusalem’s light rail in an incident that was captured on video and has been making the rounds on Israeli news channels and social media.

The events leading up to the beating on Monday remain unclear. In the , the tourist – a young man who has not been publicly named – is seen shouting in English to the security guard to get off him, while the security guard shoves him against the wall and at one point wraps his hands around his throat.

The Jerusalem Light Rail is owned and operated by a company called CityRails. The company released a statement saying the incident captured on video was not the tourist’s first altercation on their line, and that he was known “for having a history of altercations with light rail guards, drivers and passengers,” according to the Times of Israel.

The tourist, however, said he was being harassed unlawfully. A lawyer representing him said in a statement that the video of the incident speaks for itself, and in the aftermath of the event his client is considering leaving Israel.