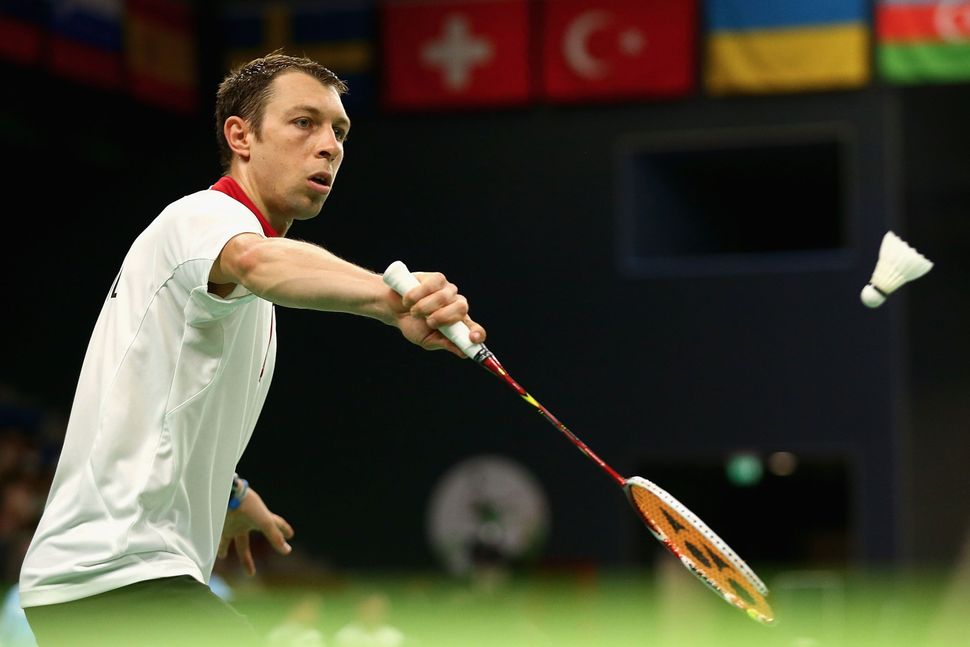 An Israeli athlete was denied a visa to Indonesia for a match, in what the World Jewish Congress decried as “unfair mixing” of sports and politics.

Misha Zilberman sought a visa to compete in the World Badminton Championships held in Jakarta next week, but his application was denied even though it was submitted six months ago with all necessary documentation, the World Jewish Congress wrote in a statement Friday.

“This decision to bar an Israeli player from an international sporting competition can’t stand, and I urge Indonesia to allow Misha Zilberman to compete in these championships,” the CEO of the World Jewish Congress, Robert Singer, wrote in the statement.

If Indonesia upholds the decision, which Singer called “yet another blatant attempt to mix politics and sports, and to exclude Israeli athletes from international competitions,” then it will “do harm to Indonesia’s standing in the world, and it will raise the question whether this is the right place to hold such prestigious events,” Singer added.

Singer also accused the Badminton World Federation, which is organizing the Jakarta games, of responding to the Israeli athlete’s exclusion with inaction.

Indonesia, a nation of some 250 million citizens, is the world’s largest Muslim country in terms of population.

Arab and Muslim countries have repeatedly barred Israeli athletes from attending matches, sometimes as punishment for the barring of Palestinian athletes by Israel from attending international tournaments.

The phenomenon became more prevalent after 2010, when Hamas, the terrorist group that rules Gaza, and Dubai accused Israel of assassinating Hamas’ commander Mahmoud al- Mabhouh in a Dubai hotel. They allege that the plot involved a dozen assassins using forged passports from Britain, Ireland, Germany and France, among other countries.