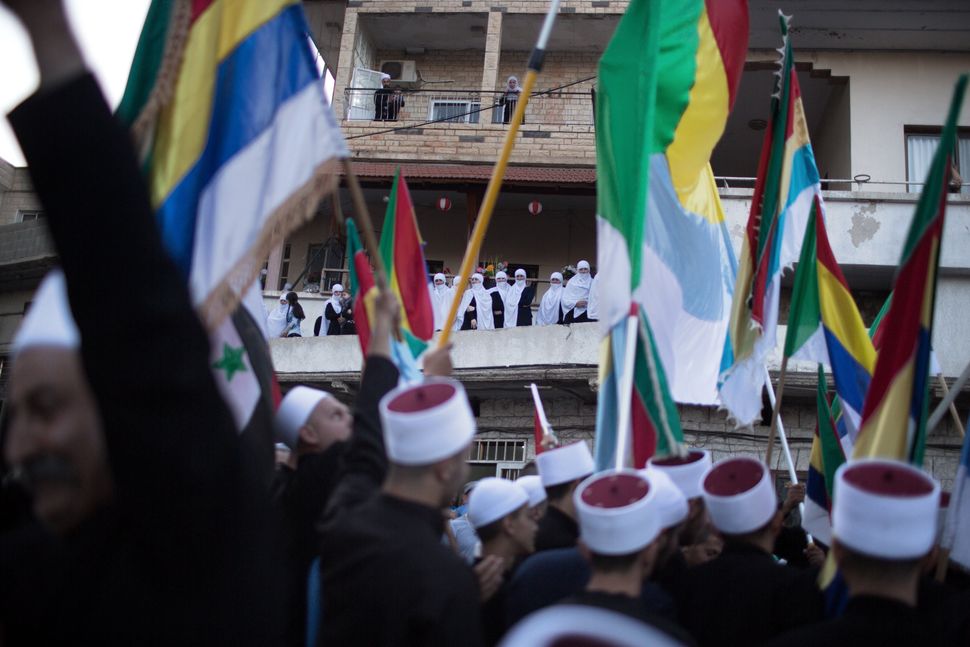 Two Druze Israelis were indicted for murdering a wounded Syrian man being taken to an Israeli hospital in an ambulance.

The two suspects, a man aged 22 and a woman aged 48, are from the Golan Heights town of Majdal Shams. Video taken during the attack show the man beating the injured Syrian with a stick and the woman throwing rocks at him. They were indicted Monday in Nazareth District Court.

A mob of Druze-Israeli protesters near Majdal Shams on June 22 night dragged two wounded Syrian fighters from an ambulance, beating one to death and seriously injuring the second.

Earlier the same day a group of protesters attacked an ambulance driving by the Druze village of Hurfish, where residents blocked the path of the ambulance and threw stones at it.

The Druze attackers believed the injured men were members of Syrian rebel groups, which have been targeting Druze-Syrians living near the border with Israel as part of the country’s four-year civil war.