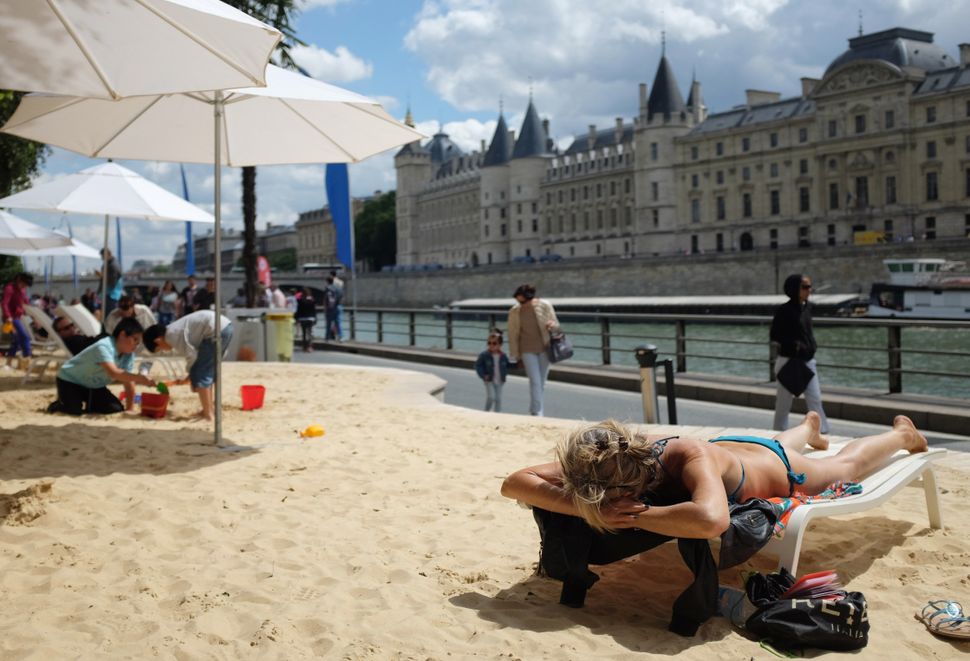 A French watchdog against anti-Semitism condemned a Paris city council member who called to cancel a city festival dedicated to Tel Aviv.

One day of the week-long Paris Plages festival, which will turn the banks of the Seine river into a beach and this year will devote each day to a beach in another country, is scheduled to be “Tel Aviv Sur Seine.” Food, music and activities on the designated day, Aug. 13, are to be devoted to Tel Aviv culture.

Left-wing council member Danielle Simonnet has objected to the celebration of an Israeli city, and on Monday in an interview on French Inter radio called instead for turning the day into “a peace protest, in support of fraternity, in support of the fight against all forms of racism and anti-Semitism, and to back recognition of the Palestinian state.”

Simonnet, who has represented Paris’ 20th district – which has a large Arab population – for the last seven years, said the day-long festival “sends a very bad message,” and that: “For the Israeli government, this is a nice bit of PR that Paris is serving up on a plate.”

The National Bureau for Vigilance Against Anti-Semitism, or BNVCA, on Sunday condemned Simonnet for her calls to cancel the event and called on the city’s mayor not to yield to her pressure.

The pro-Palestinian group CAPJPO-Europalestine has called for protests of the event if it is not cancelled.

BNVCA said it has asked the Paris police commissioner to bolster security during the festival day devoted to Tel Aviv out of fear of anti-Semitic attacks.