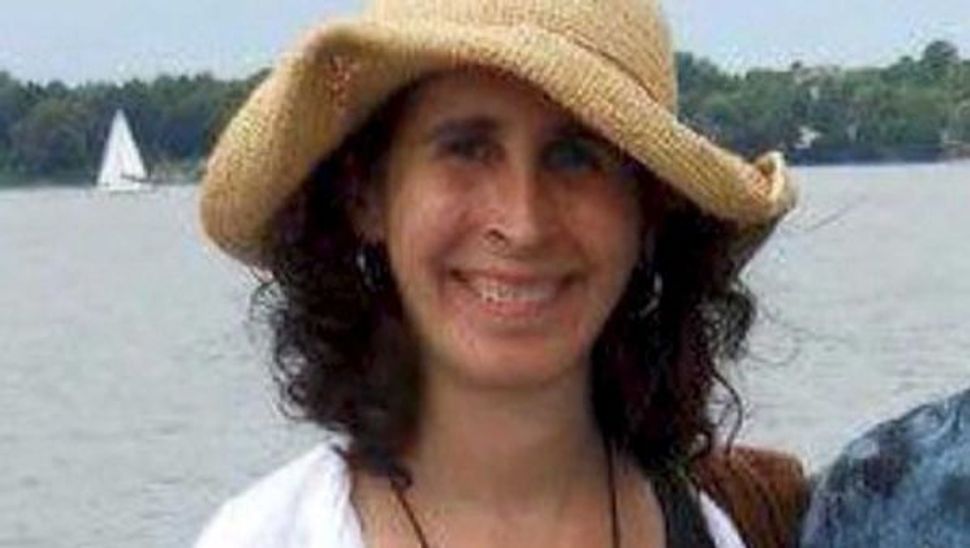 The Jewish community of Montpelier, Vermont is reeling in the aftermath of a violent shooting.

Lara Sobel, 48, was outside her workplace at the Department for Children and Families (DCF) on August 7.

Active in the Jewish community, Sobel was a member of Beth Jacob Synagogue in Montpelier. Barney Bloom, former President of Beth Jacob told The Forward that her death “is an unprecedented catastrophe,” and “a loss of innocence.”

Just before 5 on Friday afternoon, a woman later identified as Jody Herring, 40, shot Sobel twice in the torso and upper extremities with a hunting rifle. Eyewitnesses apprehended her and held her until the police arrived on the scene.

According to the police, Herring had lost custody of her 9-year-old daughter last month, and blamed Sobel.

On Saturday, Herring’s cousins, Rhonda and Regina Herring, and their mother, Julie Ann Falzarano, were found shot to death in their farmhouse in Berlin, Vermont. Rhonda’s daughter, Tiffany Herring, 23, identified the three victims. Herring has not been charged, but remains one of the prime suspects in the investigation.

Vermont governor Peter Shumlin ordered the Vermont flag fly at half-mast from Monday to Wednesday at state and federal buildings in memory of Sobel. “[The DCF] do the work out of their education to the children and families of this great state. To lose one of our own in the course of that duty is shocking and heartbreaking,” he said in a statement posted to his website.

Sobel had worked for the DCF for more than fourteen years and had built up a formidable reputation as a fierce advocate for Washington County’s children.

“She did not hesitate to let lawyers and judges know what was best for kids,” said Scott Williams, Washington County state’s attorney, in a statement to the press. He arrived on the scene after Sobel had been shot, but confronted the Herring and disabled her weapon while bystanders restrained her.

Bloom said that the whole tragedy highlights the dangers of domestic violence. “The Herrings,” Bloom explained, “are suffering as well, They’ve lost three of their family members. It’s a bigger tragedy, a more complicated tragedy, than the terrible loss of Lara.”

Sobel is survived by her husband and two daughters, the eldest of whom had been bat mitzvahed last spring.

Sobel had attended Gesher Shalom Young Judaea as a camper, and was later a staff member at Camp Young Judaea Sprout Lake and Camp Tel Yehudah in the 1970s and 1980s, according to a post on Tel Yehudah’s Facebook page.

“Lara will be greatly missed by so many of us. We send our love and support to the entire family,” the post concluded.

On Monday, Herring to address charges of murder in the first degree for the death of Lara Sobel. She pleaded not guilty. If convicted, she could spend 35 years to life in prison.

“She was a committed social worker in the best sense of the word, committed to the families in need in Vermont,” Bloom said.