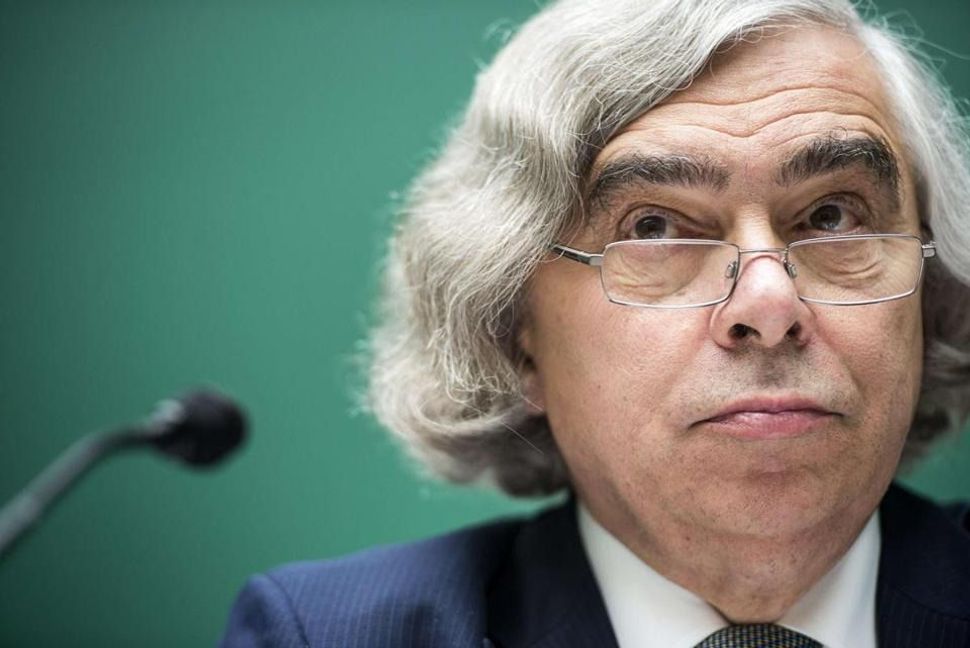 Secretary of Energy Ernest Moniz will make the case for the Iran nuclear deal to American Jews.

Moniz, a nuclear physicist, will appear Thursday via a webcast sponsored by the Jewish Federations of North America and the Jewish Council for Public Affairs. He was one of the lead negotiators in the sanctions relief for nuclear restrictions deal reached July 14 between Iran and six major powers.

“As the debate continues over the Iranian nuclear agreement, we welcome the opportunity to allow individuals across North America to hear directly from one of the most important members of President Obama’s administration on this issue,” said Michael Siegal, the JFNA’s chairman, in a statement. “Sec. Moniz is one of the world’s foremost leaders on nuclear development, and his expertise is beyond reproach.”

The Moniz webcast will follow a similar appearance on Aug. 5 by Israeli Prime Minister Benjamin Netanyahu, who stridently opposes the deal.

Separately, 36 former top U.S. military officers came out in favor of the plan.

“There is no better option to prevent an Iranian nuclear weapon,” said the letter signed by retired generals, lieutenant generals, brigadier generals, major generals and rear admirals who served in the U.S. Army, Navy, Marines and Coast Guard.

“Military action would be less effective than the deal, assuming it is fully implemented,” the letter said. “If the Iranians cheat, our advanced technology, intelligence and the inspections will reveal it, and U.S. military options remain on the table. And if the deal is rejected by America, the Iranians could have a nuclear weapon within a year.”