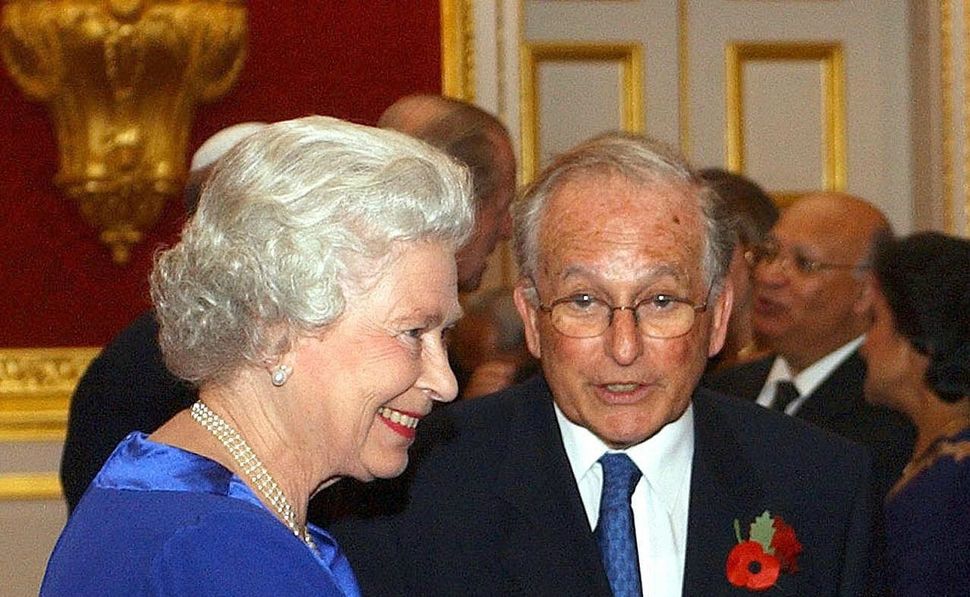 An aging and infirm member of Britain’s House of Lords finally appeared in court on Friday over historical child sex abuse allegations, despite his lawyers repeatedly arguing he was too ill to attend.

Lord Greville Janner, 87, a former Labor member of parliament and ex-president of the Board of Deputies of British Jews, is accused of 22 offenses in the 1960s, 70s and 80s. He denies the charges.

Janner, who suffers from Alzheimer’s disease, entered a packed Westminster magistrates’ court with his daughter before laughing. Asked if he was Lord Janner, he replied: “Yes.”

He was in court for exactly 59 seconds to hear that his case would be sent for trial at Southwark Crown Court and that he would be granted unconditional bail.

His next appearance is due on Sept. 1.

In April, prosecutors said Janner was too ill to face charges but were forced to reverse their decision a few months later following an appeal by his alleged victims.

Last week, District Judge Howard Riddle ordered Janner to attend a brief hearing despite his lawyers arguing that he could suffer a “catastrophic reaction” if he were brought to court.

On Thursday, London’s High Court upheld the decision that should attend.

Following a series of scandals involving allegations of sex abuse by high-profile people in media and politics, the British government last year ordered an inquiry into what had happened and whether powerful figures covered it up.

Britain was shocked by revelations after his death that BBC star presenter Jimmy Savile had abused hundreds of victims over decades, setting off a series of investigations into past abuse by prominent people.