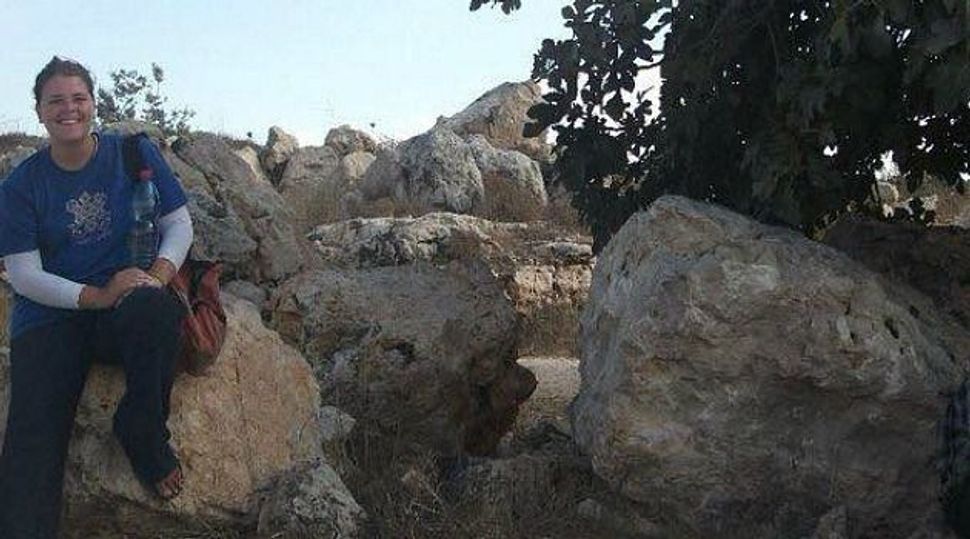 Kayla Mueller, the U.S. aid worker killed this year while being held hostage by Islamic State militants, was raped repeatedly by the group’s leader, Abu Bakr al-Baghdadi, while in captivity in Syria, U.S. officials said on Friday.

Her parents, Carl and Marsha Mueller, were told by U.S. government officials that their daughter had been raped by al-Baghdadi and tortured during her captivity, family spokeswoman Emily Lenzner told Reuters by telephone. Mueller was 26 at the time of her death and would have turned 27 on Friday.

“We can confirm that the Mueller family learned in June of Kayla’s treatment from the FBI,” Lenzner said.

Mueller was not Jewish but was active in Palestinian solidarity work and lived for some time in Israel and the occupied territories.

ABC News first reported al-Baghdadi’s sexual abuse of Mueller, and U.S. officials, speaking on condition of anonymity, confirmed the report. ABC News quoted Mueller’s parents as saying they were told by the U.S. government their daughter “was the property of al-Baghdadi.”

Islamic State said in February that Mueller, of Prescott, Arizona, was killed when Jordanian fighter jets bombed a building where she was being held outside Raqqa, a stronghold in Syria of the Islamist militant group. Jordanian and U.S. officials have expressed doubt about Islamic State’s account of her death following 18 months as a hostage.

Mueller was seized in August 2013 while leaving a hospital in Aleppo in northern Syria.

Al-Baghdadi personally brought Mueller to be imprisoned inside the home in Syria of Abu Sayyaf, a Tunisian Islamic State figure killed in a U.S. raid in May, U.S. counter-terrorism officials told ABC News.

The information about al-Baghdadi’s actions came from many sources including U.S. interviews with at least two teenage Yezidi girls held as sex slaves in Sayyaf’s compound and the interrogation of Sayyaf’s wife, Umm Sayyaf, who was captured by U.S. forces in the raid in which her husband was killed, the officials told ABC News.

Mueller went to Turkey in December 2012 to work for a Turkish organization providing humanitarian aid to Syrian refugees along the Syrian border.

Islamic State has beheaded numerous hostages, including three Americans. Its forces control wide swathes of territory in Iraq and Syria.

Lenzner said Mueller’s parents were told at a meeting in Washington of Mueller’s abuse by al-Baghdadi and her torture while held captive. Lenzner was not clear about whether al-Baghdadi was responsible for torturing Mueller.

“The family is so exhausted at this point, they need some time,” Lenzner said.