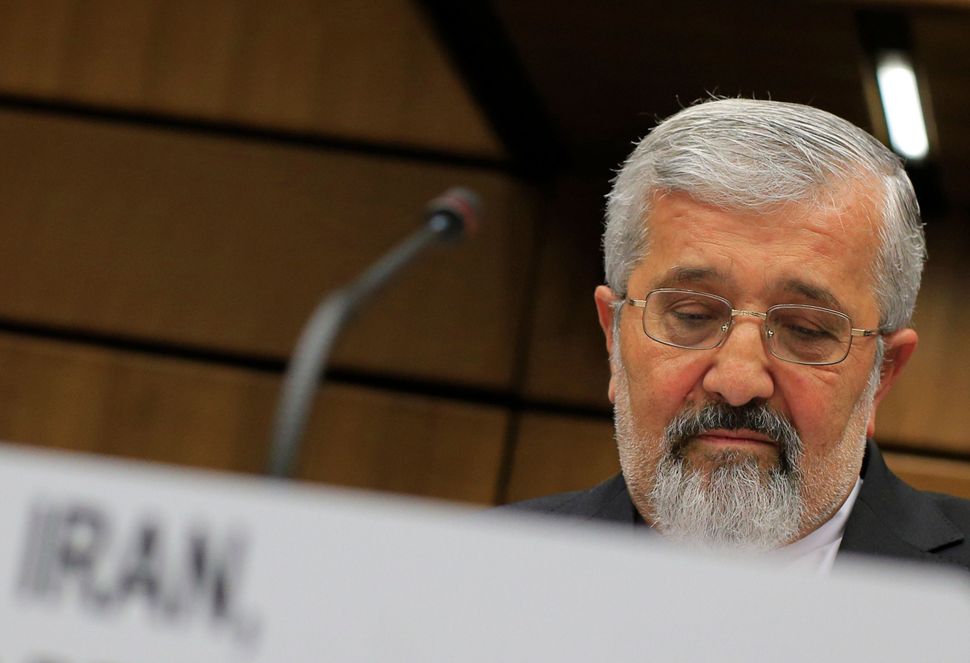 A White House spokesman said the administration was “confident” in an agreement between the International Atomic Energy Agency and Iran that would reportedly let Iran’s hand-picked inspectors examine a suspected weapons site.

The Associated Press reported Wednesday on an agreement signed between the United Nations’ International Atomic Energy Agency and Iran that would let experts and equipment chosen by Iran inspect the site on behalf of the IAEA. Iran has been suspected of nuclear weapons research at the site, called Parchin. The Iranian inspectors would then report their findings to the IAEA.

The administration is “confident in the agency’s technical plans for investigating the possible military dimensions of Iran’s former program,” Price said, according to AP. “The IAEA has separately developed the most robust inspection regime ever peacefully negotiated.”

The report’s reveation has met harsh criticism from Israeli and American opponents of the recently signed agreement over Iran’s nuclear program. On Wednesday, Israeli Energy Minister Yuval Steinitz, the government’s point man on Iran, released a bitingly sarcastic response to the report.

“”One must welcome this global innovation and outside-the-box thinking,” he said. “One can only wonder if the Iranian inspectors will also have to wait 24 days before being able to visit the site and look for incriminating evidence?”

Steinitz was referring to a provision in the original agreement that allows for a 24-day waiting period before international inspections of undeclared sites with suspected nuclear activity.