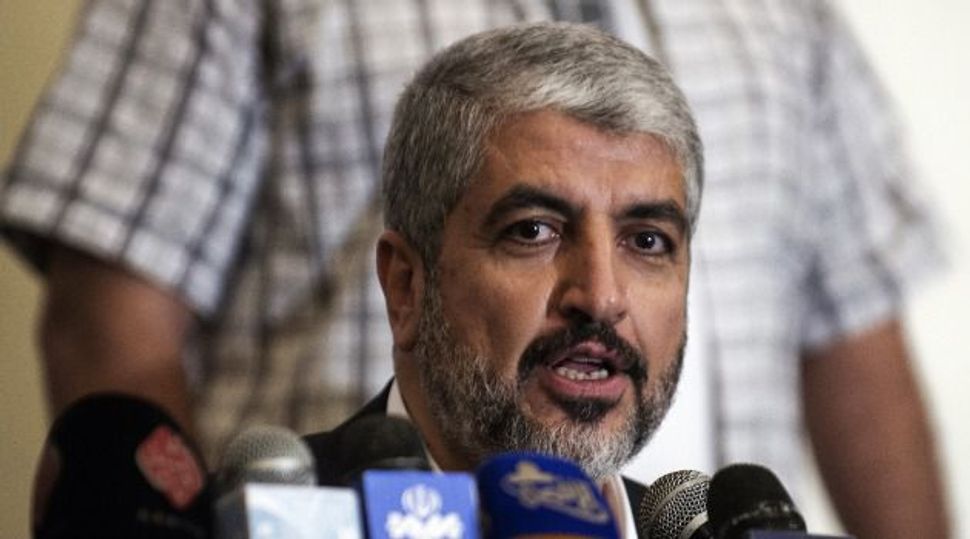 Hamas political chief Khaled Meshaal confirmed that his organization is negotiating with Israel over a long-term truce and described the talks as “very positive.”

In an interview with a London-based Qatari newspaper published Friday, Meshaal said former British Prime Minister Tony Blair is one of the mediators and that talks have not yet produced an agreement.

In the interview, according to the Times of Israel, Meshaal listed five obstacles standing in the way of a long-term cease-fire with Israel: reconstruction of the Gaza Strip, which was badly damaged in last summer’s war between Israel and Hamas; removal of the blockade and opening of the border crossings; addressing Gaza’s high rate of unemployment; allowing the construction of a seaport and airport, and building water and electricity infrastructures in the territory.

TOP HEADLINES After apology from Spanish festival, Matisyahu will confirms he will perform Nadler supports Iran deal following Obama letter British artist posts quenelle, questions gas chambers to spite ‘Zionists’ Meshaal said, “We do not want wars, but the legitimate resistance against the occupation will continue so long as the occupation and settlements continue, but we do not seek wars.”

Earlier this week Prime Minister Benjamin Netanyahu denied reports that his government was negotiating with Hamas, the Islamist terrorist organization that governs Gaza. “Israel officially clarifies that there have been no meetings with Hamas. Not directly, not through another country and not through intermediaries,” he said in a statement issued Monday.