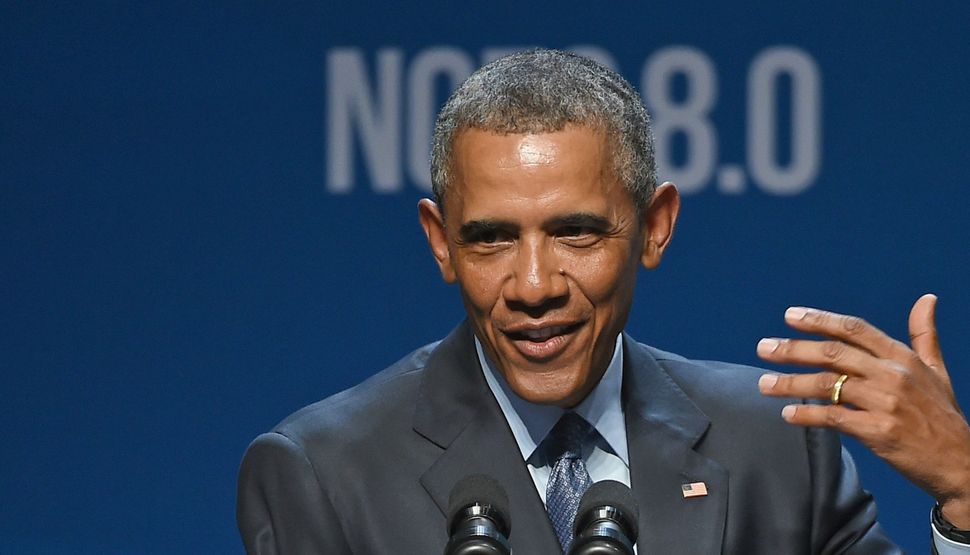 President Obama reportedly says he plans to continue a hard sell on the Iran nuclear deal, branding some opponents of the agreement “the crazies.”

After returning from his summer vacation on Martha’s Vineyard, the president signalled to Senate Minority Leader Harry Reid that he will be pushing hard for Democrats to support what would be a signature foreign policy achievement, Politico reported.

Obama told Reid he will “deal with the crazies in terms of managing some problems.”

Chuck Schumer of New York and Robert Menendez of New Jersey are the only two Democratic senators to come out against the deal so far.

Patty Murray of Washington Wednesday became the latest in a string of Democrats to announce her support.

“I will be voting to support the agreement to prevent Iran from developing a nuclear weapon. I will vote against the resolution of disapproval, and, if needed, I will vote against overriding President (Barack) Obama’s veto,” Murray said in a statement.

With Murray’s announcement, at least 29 Democrats have publicly stated their support, only five short of the 34 needed to sustain an Obama veto of any disapproval resolution.

The White House hopes to corral 40 Senators to vote against bringing the measure to a vote, thus preventing the need for a veto, but insiders still think that is a longshot.

Numbers are harder to pin down in the House of Representatives, but Democratic leader Nancy Pelosi says she is confident there are enough votes to uphold a potential presidential veto.