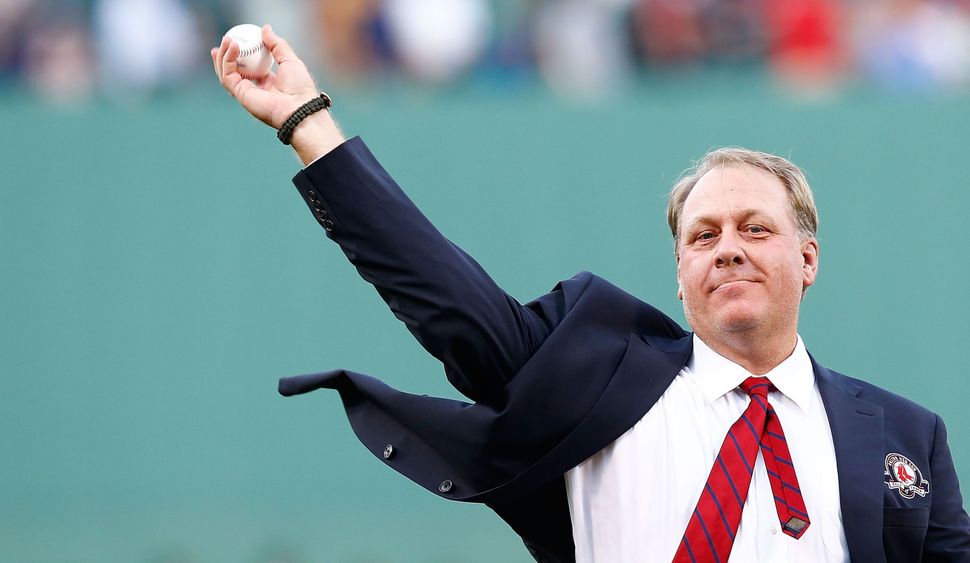 ESPN has removed Curt Schilling from coverage of the Little League World Series after the retired pitching star sent a tweet on Tuesday comparing the percentage of Muslims who are extremists to the percentage of Germans in 1940 who were Nazis.

Schilling commented: “The math is staggering when you get to true #’s.”

The tweet was up for about 10 minutes before being deleted.

ESPN said in a statement that the tweet “was completely unacceptable, and in no way represents our company’s perspective.”

“We made that point very strongly to Curt and have removed him from his current Little League assignment pending further consideration,” the statement read.

A six-time All-Star, Schilling, 48, played 20 years in Major League baseball and won the World Series in 2001 with the Arizona Diamondbacks and with the Boston Red Sox in 2004 and 2007.

“I understand and accept my suspension,” Schilling said later on his Twitter account. “100% my fault. Bad choices have bad consequences and this was a bad decision in every way on my part.”