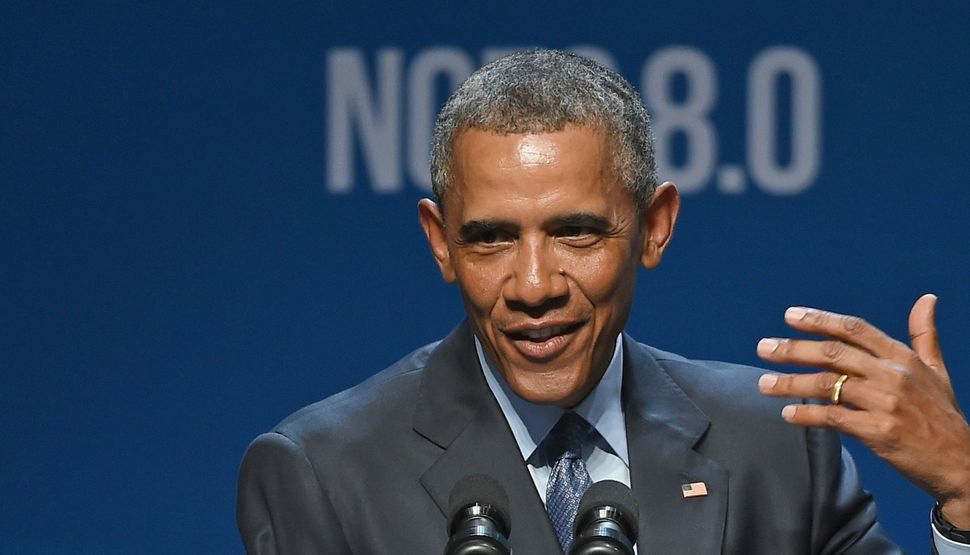 The president was not referring to opponents of the agreement over Iran’s nuclear program when he used the term “crazies,” a White House spokesman said.

At a fundraising event in Nevada Monday, President Obama told Democratic Senate Minority Leader Harry Reid he would “deal with the crazies in terms of managing some problems.” Some interpreted the remark as referring to opponents of the agreement recently finalized between Iran and six world powers over the Iranian nuclear program. Congress will vote on the agreement next month.

White House spokesman Peter Schultz said the president was referring to other proposed Republican legislation, not the campaign against the Iran deal.

“He may have been a little flip,” Schultz said, according to Politico. “But his bottom line is that if you take a step back, as he was during vacation, and take a look at what some Republicans float in Washington, he thinks those are reckless steps.”