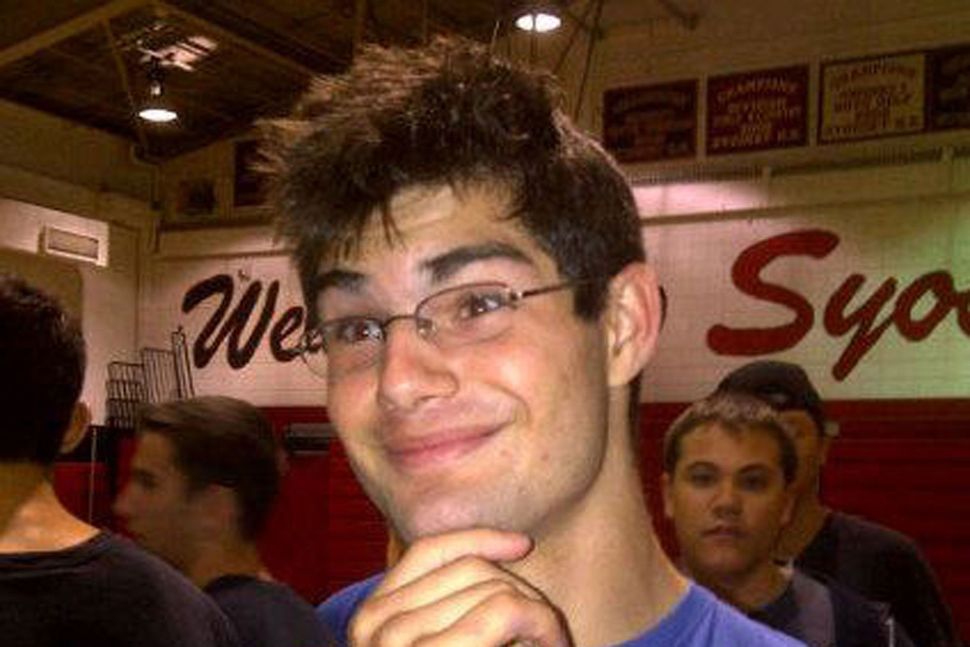 Today in crazy Jewish news: a 20-year-old boy has over a withheld bar mitzvah gift.

A judge ruled in favor of Jordan Zeidman last week, after he accused his mother of refusing to hand over the $5,000 that his grandmother — known in the family as “Baba” — had promised him as a bar mitzvah gift, to be used for his college fund.

The facts: In 1998, after a nasty divorce, Zeidman’s parents both pledged to contribute to their son’s college fund. Fast-forward to 2007, year of the infamous bar mitzvah, Baba pulls newly-made man Zeidman aside and says: “I have $5,000 for you. Just like I gave to your brother, and sister. And I’m going to give it to your mom to hold for you.” In his testimony, Zeidman added his mother had subsequently made a deposit to his college fun and appended a handwritten note reading: “I owe Jordan $190.00 + $5,000 from Baba,” the New York Post reported.

Shirley Zeidman, 54, testified at the trial that she has no memory of this note, but that “it could be” her handwriting.

Judge Scott Fairgrieve found Shirley liable for conversion and unjust enrichment, and awarded her son the tidy sum that his mother “held for [his] benefit and continues to hold, in violation of her fiduciary duty.”

Here’s an excerpt from the ruling, per Business Insider:

The evidence also demonstrates an irrevocable transfer of ownership, in that the defendant received delivery of $5,000 as agent for the plaintiff in a fiduciary capacity.

Shirley’s lawyer has vowed to appeal. Jordan’s laywer, Steve Cohn, told the New York Post that with court costs and interest, the final judgement would be closer to $10,000.