Steven Sotloff’s Parents Speak Out on Anniversary of Murder 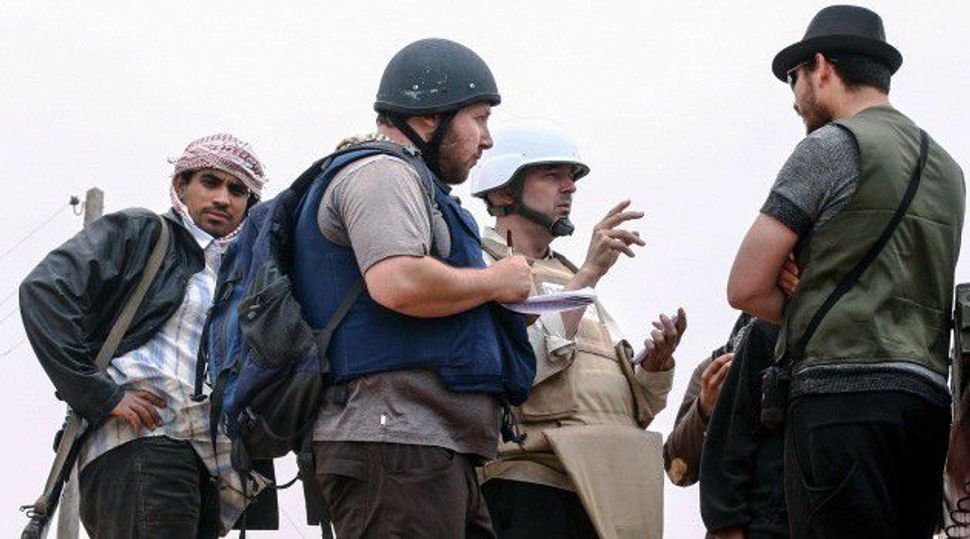 The parents of slain Jewish journalist Steven Sotloff said they had held out hope for his survival because his grandparents are Holocaust survivors and he “comes from survivors’ blood.”

In an interview with the Miami Herald on the eve of the anniversary of their son’s Sept. 2, 2014, beheading by ISIS, Sotloff’s parents announced plans to form a foundation to endow scholarships for journalism students.

Sotloff’s father, Arthur, told the newspaper that his son was a journalist in the Middle East who was “looking for the story of the people who were suffering there. He wasn’t reporting about anything else; he was reporting about the bread lines.”

Arthur Sotloff confirmed that his son had a letter smuggled to the family, urging them to move on with their lives and appreciate each other, indicating that Sotloff knew he would never be released. Sotloff was 31 when he was murdered.

“It was a blueprint for the way Jews are supposed to live,” Arthur Sotloff said.

Sotloff’s mother, Shirley, said there is still no closure for the family.

“Steven is in a desert somewhere, laying in pieces with thousands of other people that have been killed,” Arthur Sotloff said. “We’ll probably never get his remains back, so that means we won’t get the closure most people get when they lose somebody. This has been very difficult.”

The Sotloffs, who live in Florida, are also working with the parents of James Foley, another journalist who was beheaded by ISIS, to establish a hostage crisis center for families in the United States.

Steven Sotloff’s Parents Speak Out on Anniversary of Murder