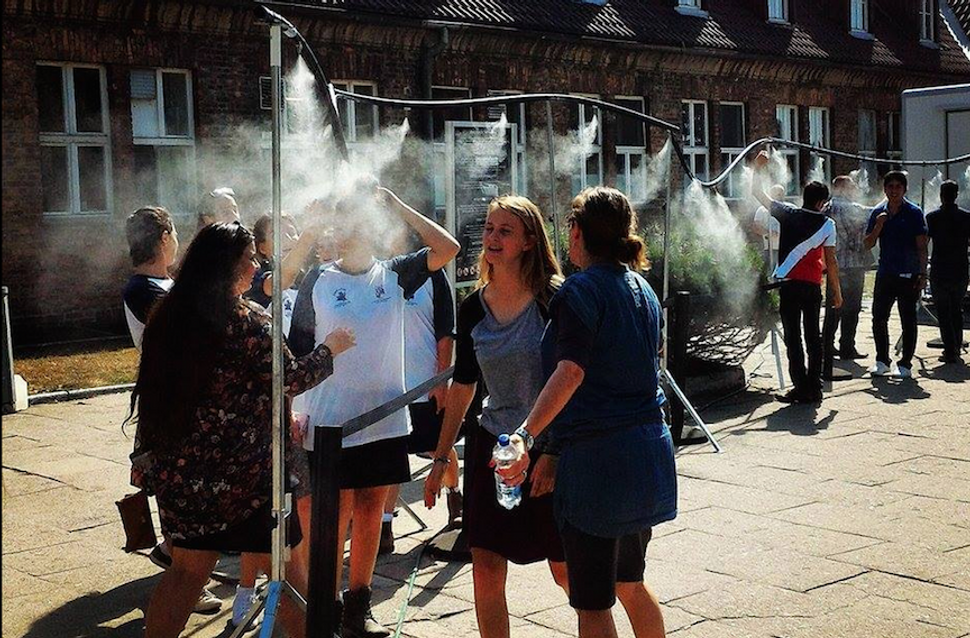 Administrators of the Auschwitz-Birkenau State Museum told the Hebrew-language Nana10 website on Wednesday that they were removing the sprinklers, which resemble shower heads, because they were no longer needed following a drop in temperature.

Many visitors and people who saw photos of the sprinklers complained that they were reminiscent of the showers seen in gas chambers at the death camp.

In a statement posted Sunday on Facebook, the museum said it had installed the sprinklers to help visitors deal with extremely high temperatures.

“Among visitors there are many people who come from countries where such high temperatures as we have this summer in Poland do not occur,” the post read. “Something had to be done, as we have noticed cases of fainting among people and other dangerous situations.”