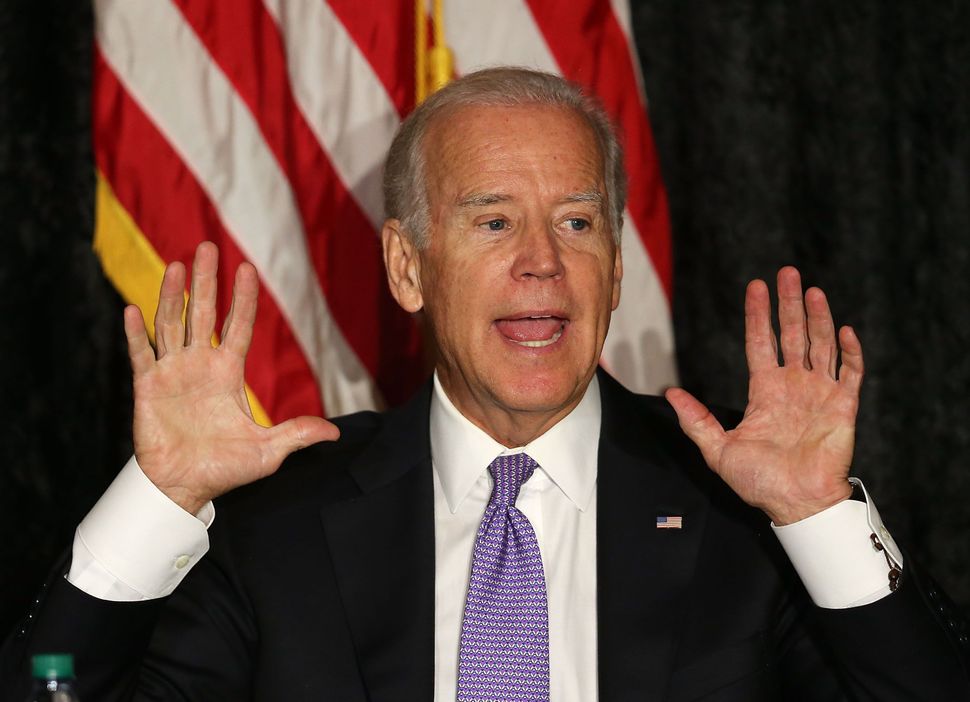 Vice President Joe Biden tried to reassure Jewish leaders in south Florida on Thursday that President Barack Obama’s nuclear deal with Iran would be a vital step toward making the world a safer place.

Biden, on a two-day trip to the political swing state of Florida as he explores a potential 2016 White House run, told a roundtable of more than 30 Jewish leaders he was confident the deal would halt Iran’s capability to develop a nuclear bomb.

Wasserman Schultz, the chairwoman of the Democratic National Committee, has not yet staked out a position on the deal, but she had invited Biden to the meeting and introduced him to the group.

“I am not afraid to make this decision. I am never afraid to stand alone when necessary, to stand on principle,” she said.

The meeting came a day after President Barack Obama secured enough votes in the U.S. Senate to safeguard the deal between Iran and world powers. The deal would provide relief on economic sanctions in exchange for Tehran’s agreement to curtail its nuclear program.

The lobbying has been fierce on both sides of the deal. Israeli Prime Minister Benjamin Netanyahu fiercely opposes it and some U.S.-based, pro-Israel groups have spent millions of dollars on campaigns urging lawmakers to oppose it.

More than a hundred protesters gathered outside the meeting as Biden entered, holding signs reading: “Nuke the deal before they nuke us,” and “We need a better deal.”

Critics have argued the deal provides too much sanctions relief and sets weak standards for ensuring compliance.

“This is a good deal,” he said. “It will make us and Israel safer, not weaker.”

Reporters were ushered out of the meeting before Biden engaged in a question-and-answer session with the community leaders, who included both supporters and opponents of the deal.

Democratic Senator Barbara Mikulski announced her support of the deal on Wednesday, giving the administration the 34 Senate votes it needs to sustain Obama’s promised veto of any disapproval resolution passed by the Republican-controlled Congress.

The next goal for supporters is to gather at least 41 Senate votes, enough to block a disapproval resolution and keep Obama from having to wield his veto power.