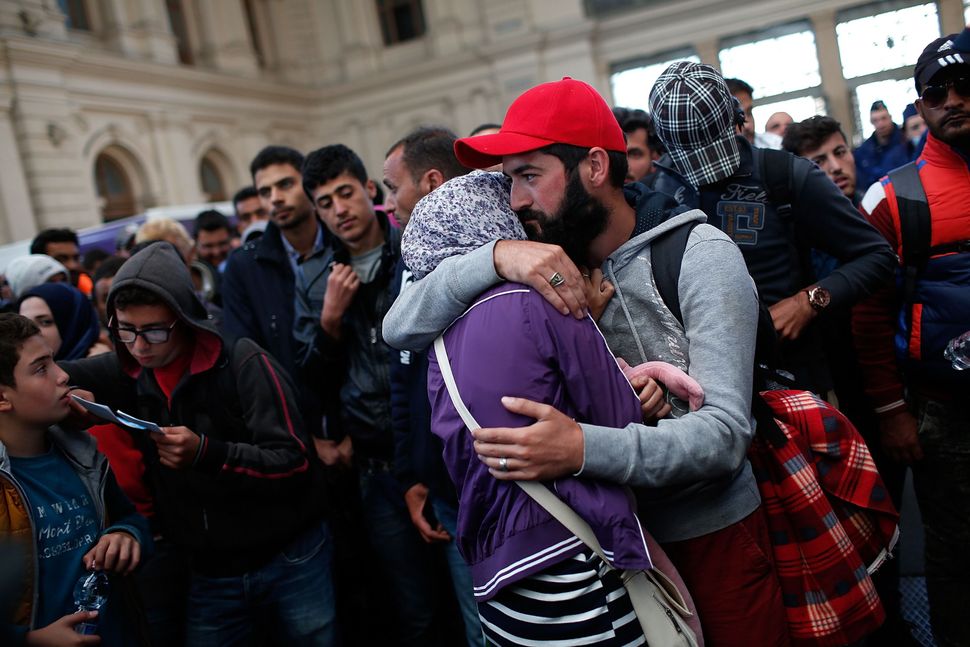 Police in the Czech Republic are investigating comments made on Facebook by an extremist politician calling for refugees to be placed in Terezin, the former Nazi concentration camp.

Adam Bartos, the leader of the fringe yet vocal far-right nationalist National Democracy Party, published the comments about the site, located in the central European country, on Monday.

Reacting to the establishment of a refugee camp near the country’s border with Slovakia, Bartos wrote, “Why build tent camps for the aliens? We have the beautiful fortress town of Terezin where the aliens could concentrate before they are taken home by trains.”

A police spokeswoman told the Czech News Agency on Monday that the police will probe whether or not the comments constitute a criminal act. According to Czech law, hate speech and comments inciting national, racial or religious hatred can carry penalties of up to three years in prison.

Czech Jewish leaders have refused to comment on the incident.

Bartos’ party failed to gain seats in the European elections last year, the only campaign it has run in under his leadership.

Terezin, also known as Theresienstadt in German, is located some 40 miles northwest of Prague. The town was turned into a concentration and transit camp by the Nazis in 1941. Roughly 144,000 Jewish people were sent there during the Holocaust, most of whom were later transported to extermination camps in occupied Poland. Some 33,000 died in the Terezin camp.

Publicizing the camp for its rich cultural life, the Nazis used the camp as a propaganda tool to fool the Western allies.