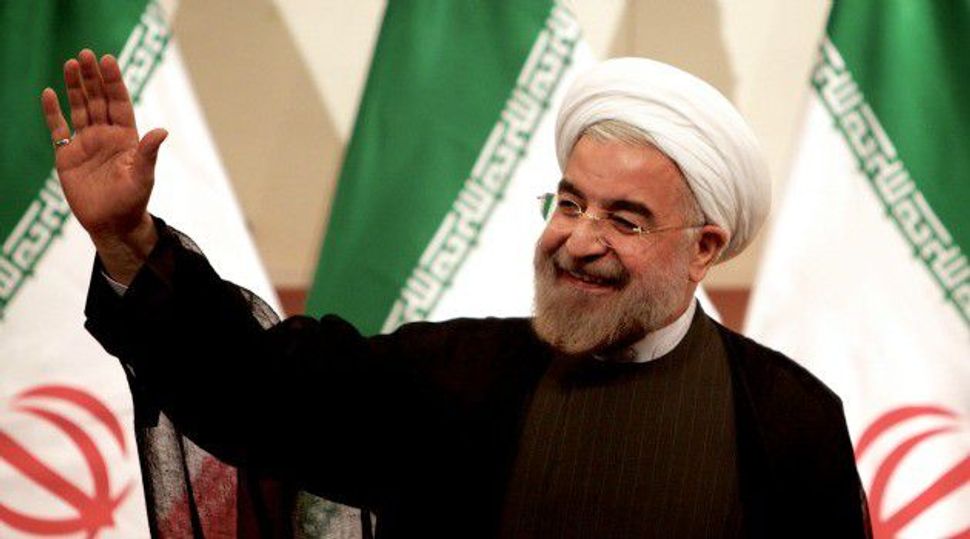 Iranian President Hassan Rouhani Tweeeted ‘Shana Tovah’ to Jews on Sunday in another sign that the reformist leader is seeking better ties with the West.

“May our shared Abrahamic roots deepen respect & bring peace & mutual understanding. L’Shanah Tovah. #RoshHashanah,” Rouhani Tweeted as the Jewish New Year neared, the Associated Press. The Islamic Republic is seeking to improve relations with the West following the signing of a deal to curb its nuclear program.

But top leaders still regularly call for the destruction of Israel and Rouhani’s predecessor, Mahmoud Ahmedinejad, was notorious for denying the Holocaust.

It’s the second time Rouhani has wished the Jewish people a happy Rosh Hashanah. He did the same in 2013.