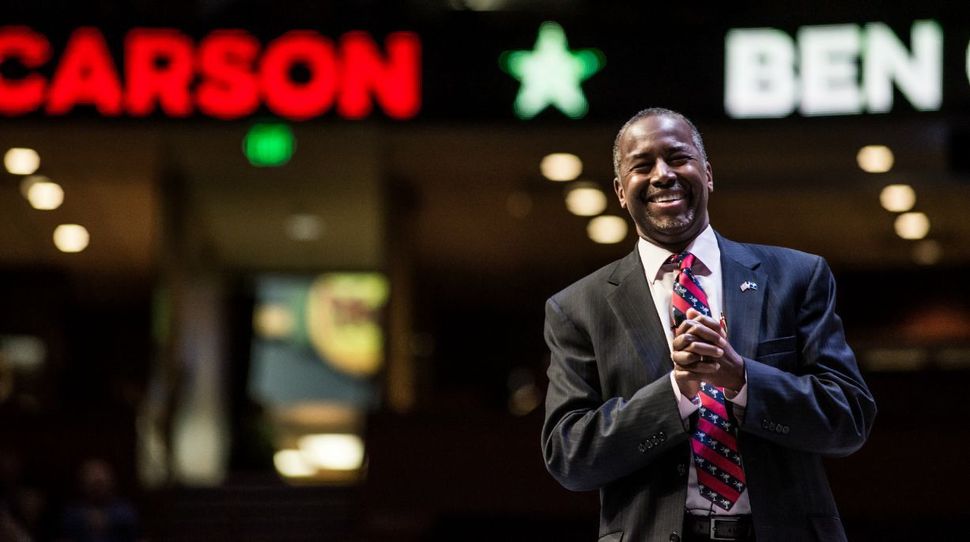 The Anti-Defamation League denounced Republican presidential candidate Ben Carson’s suggestion that a Muslim should not be allowed to serve as president.

The ADL denounced the remarks, which Carson made on national television Sunday as “deeply offensive, un-American and contrary to the Constitution.”

“There is no religious litmus test for candidates seeking political office, and that includes the highest office in the land,” Jonathan Greenblatt, the ADL’s national director, said in a statement.

Carson has faced a wave of criticism from both parties and across the political spectrum over the remarks, which appear to run counter to the Constitution, which guarantees freedom of religion and states that no candidate should be barred from running for office because of faith.

But Carson on Monday refuesd to back down on his statements, which some call a prime example of Islamophobic bigotry.

“You don’t need to clarify what you believe in,” Carson’s business manager Armstrong Williams told CNN.