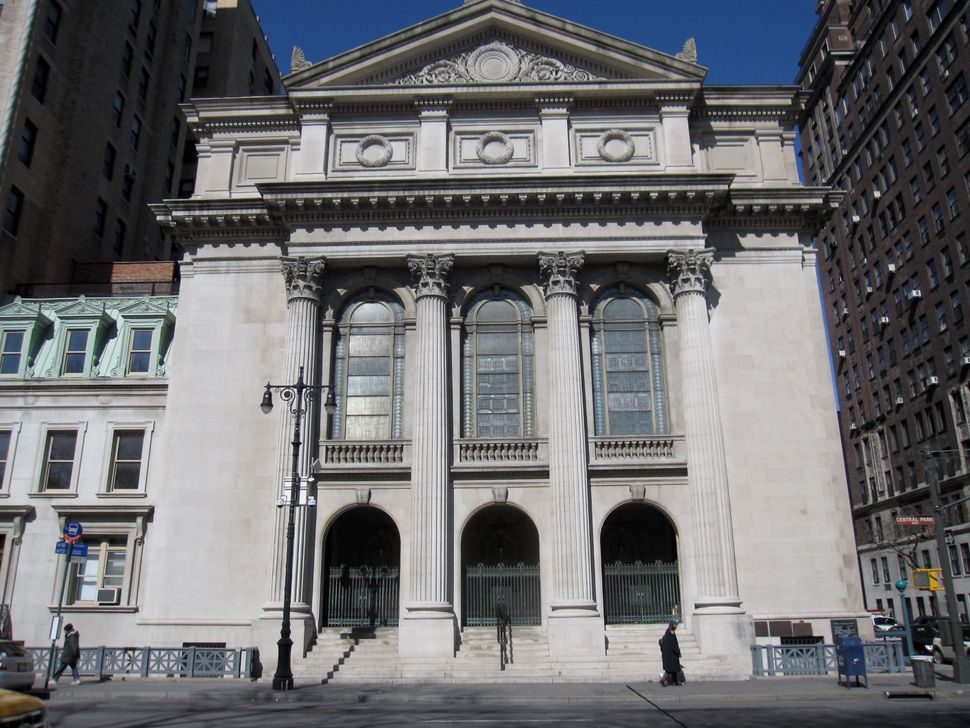 Congregation Shearith Israel on the Upper West Side, today.

The former program director of the oldest Jewish congregation in America said she was fired from her job because she was pregnant at the time of her wedding.

Lawyers for Alana Shultz said in a lawsuit filed in federal court on Tuesday that Congregation Shearith Israel, a Spanish and Portuguese synagogue founded in 1654, fired her after learning she was pregnant at her June wedding. She was about 23 weeks pregnant when she was fired on July 21, according to the 13-page complaint filed in Manhattan Supreme Court, Courthouse News reported.

The congregation “failed miserably in their attempt to merge traditional Judaism with modern civil laws,” the lawsuit charges.

“After working tirelessly at the Spanish and Portuguese Synagogue for the last 11 years, I am beyond saddened they’ve forced me to file this lawsuit, which I hope will help other women avoid what they did to me during what should be a time for celebration and joy,” Shultz said in a statement, the New York Post reported.

Shultz said in the lawsuit that she told her supervisor about her pregnancy as she left on her honeymoon. The supervisor told the congregation’s rabbi, Meir Soloveichik and a board member, Michael Lustig, according to the lawsuit. When she returned from her honeymoon, Shultz was told that her position was being eliminated due to restructuring, and the congregation asked her to sign a release waiving litigation and agreeing not to badmouth the synagogue in exchange for six weeks severance pay. When Shultz hired a lawyer, the congregation offered to reinstate her, the lawsuit said.

Schultz was program director at the congregation since 2004, according to the synagogue’s website. She received her Master’s degree in Jewish Studies from the Jewish Theological Seminary.