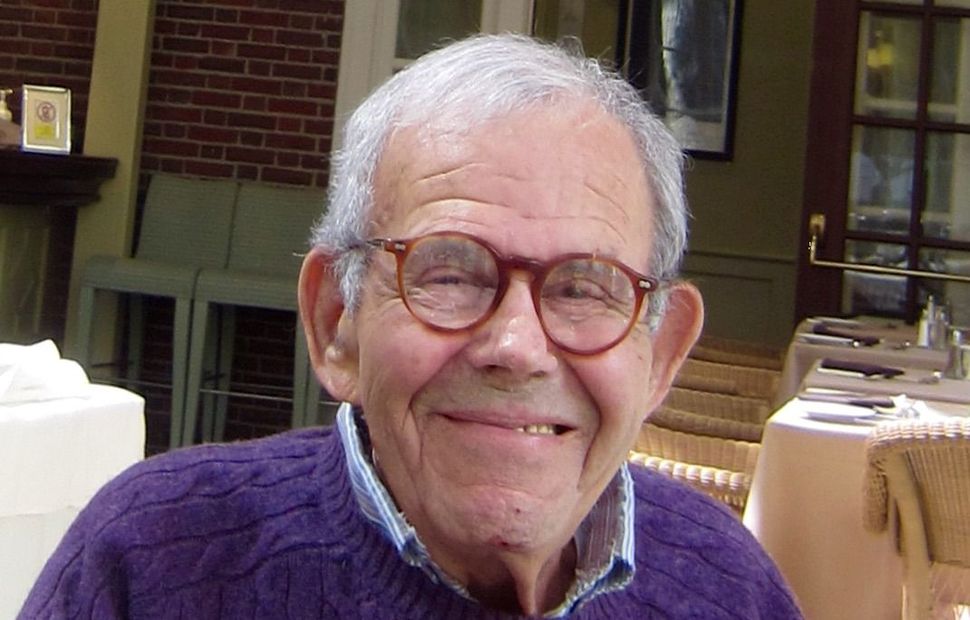 Arthur Z. Kamin, an immigrant baker’s son who rose to become editor of a New Jersey newspaper and chairman of the Rutgers University board of trustees, died Tuesday, Sept. 22, at a retirement community in Red Bank, N.J. He was 84 years old.

The cause of death was Parkinson’s disease and progressive supranuclear palsy, a rare neurological disease, said his wife of more than 60 years, Virginia P. Kamin, who still lives in their longtime hometown of Fair Haven, N.J.

Kamin, a former president of the New Jersey Press Association and a retired member of the American Society of Newspaper editors, was editor of The Daily Register, a central New Jersey newspaper, from 1965 to the mid-1980s.

Born in South River, N.J., in 1930, Kamin was the son of Isadore and Elsie Kaminsky, who left Poland for America in the years after World War I. As a child, he spoke Yiddish. He didn’t learn English until he attended school.

in a classic Jewish-American balancing act, Kamin’s parents gave him a very American first name, Arthur, and a very Jewish middle name, Zavel. In that spirit, as a journalist, he covered his subjects from “A” to “Z.”

At his family’s South River bakery, Mr. Kamin helped prepare and deliver buns, rolls and bread. During World War II, when he was still a teenager, he drover the delivery truck. The police, who probably got free loaves, looked the other way.

At Rutgers College, from which he graduated in 1954, Mr. Kamin served as editor-in-chief of the campus newspaper, The Daily Targum. While he was editor, the newspaper published the names of fraternities that discriminated in selecting members.

“Needless to say, the fraternity men were very, very unhappy,” Kamin said in the 2000 interview. “That was really the start to eliminate fraternity discrimination at Rutgers.”

After serving in the U.S. Army Signal Corps, Kamin joined the Register, then known as the Red Bank Register, as a reporter in 1956.

At the time, the newspaper was a weekly that reflected the agricultural and small-town identity of New Jersey’s Monmouth County. But as the county changed and developers turned its farms into residential subdivisions, the Register changed with it.

Kamin helped spearhead the paper’s 1959 transition from a weekly to a daily. Named editor in 1965, he led the paper as it coped with the aftermath of a 1970 Christmas Eve fire that destroyed its plant in Red Bank. Kamin also became the newspaper’s president, which gave him responsibility for its business as well as editorial operations, in 1971.

The Register thrived for a time, introducing a Sunday edition in 1976. But its fortunes declined after the Block family of Pittsburgh and Toledo sold the newspaper to Capital Cities, a large communications firm. Battered by a series of tight-fisted corporate owners and staff layoffs, the Register ceased publication in 1991.

After Mr. Kamin left the Register, then-Gov. Thomas Kean appointed him to be director of the Bayshore Development Office, a partnership between the state, Monmouth County and municipalities that sought to bring orderly growth in the Bayshore area.

Mr. Kamin later contributed articles to the New Jersey Weekly section of The New York Times; taught journalism as an adjunct instructor at Rutgers, Monmouth University and Brookdale, and penned opinion pieces that appeared in the Asbury Park Press and other New Jersey newspapers.

He was a member of Congregation B’nai Israel, a Conservative synagogue in Rumson, N.J.

Survivors include his wife; a son, Blair Kamin, of Wilmette, Ill., the architecture critic of the Chicago Tribune; a daughter, Brooke Kamin Rapaport, of New York, the Martin Friedman Senior Curator at the Madison Square Park Conservancy in New York City; five grandsons; and a sister, Ceil Rubin of New York’s Long Island.

Memorial services will be private. In lieu of flowers,the family requests that donations be made to the Fair Haven First Aid Squad and the Arthur Z. and Virginia P. Kamin Fund for Journalism Innovation at Harvard, care of the Nieman Foundation for Journalism at Harvard University. The John E. Day Funeral Home in Red Bank is handling arrangements.