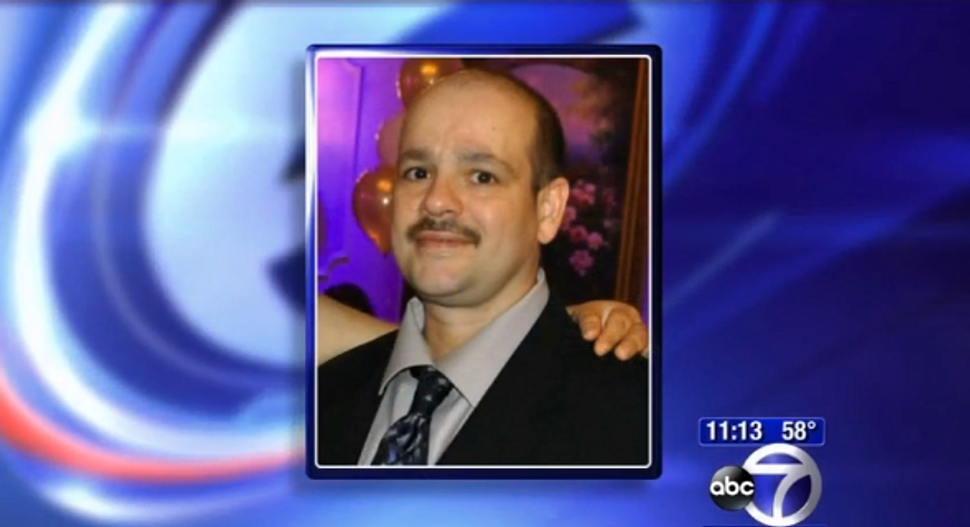 A worker at Montefiore Medical Center in the Bronx was found dead in a hospital bathroom after being missing for five days.

Anthony Iuso, 44, a cleaner at the historically Jewish hospital that recently took over Yeshiva University’s medical school didn’t return home from work on October 1. Family members told the New York Post that hospital staff were unhelpful in locating Iuso until October 5, when family members traveled to the hospital and demanded that staff search the premises.

Iuso had injured his finger while working before entering the bathroom.

“Apparently they made no attempt to get a hold of him,” Iuoso’s brother, Thomas Iuoso, told NBC 4 New York on October 5. “They never chose to check this particular bathroom until today, when we finally started making a lot of commotion.”

Iuso’s family has hired an attorney. “We want to find out what went on and why they waited five days to find him,” Iuso’s father, Tommaso Iuso, told the Post.

Montefiore, which is among the largest private employers in New York City, took over Yeshiva University’s Albert Einstein College of Medicine in a landmark deal finalized in September.