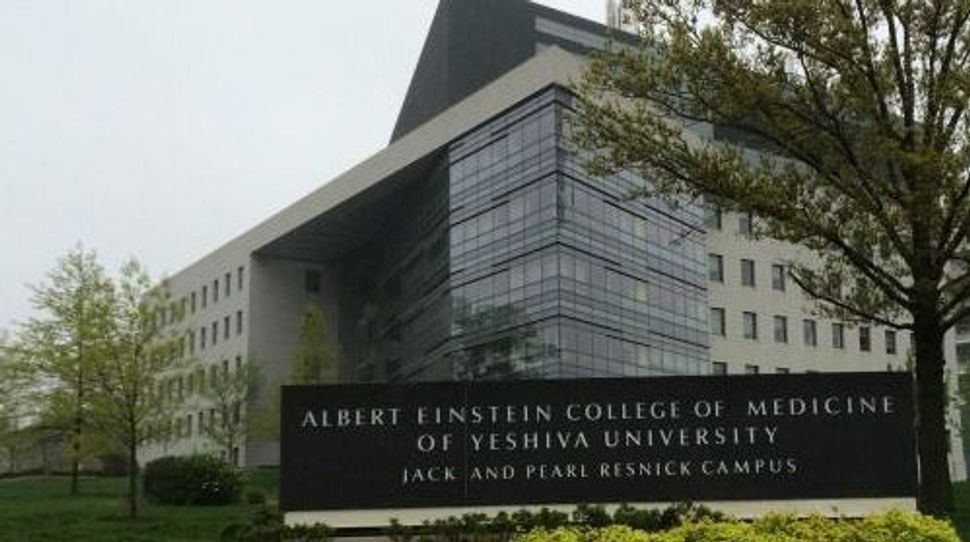 The planned takeover of Yeshiva University’s Albert Einstein College of Medicine by a Bronx hospital chain has been delayed, the Forward has learned.

Montefiore Health Systems was supposed to take over financial and operational control of Einstein on July 1.

But a spokeswoman for Montefiore said July 31 that an agreement between Y.U. and Montefiore had still not been reached.

The spokeswoman, Tracy Gurrisi, said both sides had taken “significant steps toward a final agreement” on the deal, which will see Y.U. remain as the degree-granting institution.

But, citing the “highly complex legal and regulatory” nature of the deal, Gurrisis said the two sides now hoped to finalize an agreement by September 1.

A spokesman for Y.U. released the same statement to the Forward later the same day.

Y.U. has faced annual operating deficits in the tens of millions of dollars for the past seven years. Last year’s deficit was $84 million.

Consultants brought in to stem the losses identified Einstein as being responsible for about two-thirds of those deficits.

Y.U.’s president, Richard Joel, has told staff and students that the deal to unload Einstein will significantly reduce the university’s financial problems.