Laith Marouf, who has a history of antisemitic and xenophobic tweeting, was hired to consult on an anti-racism strategy for Canadian broadcasters 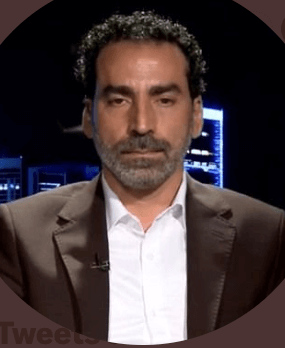 Canada’s diversity minister denounced antisemitic tweets from a senior consultant on Monday and withdrew a six-figure grant from a government-funded project on which the consultant had been working.

Diversity Minister Ahmed Hussen accused the consultant, Beirut-based Laith Marouf, of “unacceptable behavior” and said the Community Media Advocacy Centre, where Marouf was helping to develop an anti-racism strategy for Canadian broadcasters, will forfeit about $103,000 (U.S).

One of Marouf’s tweets, posted to an account that is now private, read: “You know all those loud mouthed bags of human feces, aka the Jewish White Supremacists; when we liberate Palestine and they have to go back to where they come from, they will return to being low voiced bitches of [their] Christian/Secular White Supremacist Masters.”

Stephen Ellis, Marouf’s lawyer, told the CBC that his client’s tweet was about Jewish white supremacists as opposed to Jewish people in general.

In statement posted to Twitter about Marouf’s tweets, Hussen wrote that “antisemitism has no place in this county” and that he has asked CMAC how it came to hire Marouf for an anti-racism project, and “how they plan on rectifying the situation given his antisemitic and xenophobic comments.”

The president and CEO of the Centre for Israel and Jewish Affairs said in a statement that the centre appreciated Hussen’s action against the group that hired Marouf.

According to Marouf’s website, he is a journalist who regularly appears on the broadcast news networks Radio Sputnik, Press TV, and Al Mayadeen.

He has a long history of antisemitic and xenophobic tweeting. Although his current Twitter account is now private, he previously had an account suspended for violating community guidelines, according to The Guardian, and once dubbed former U.S. Secretary of State Colin Powell “the Jamaican house-slave of the Empire” and celebrated his death from COVID-19.