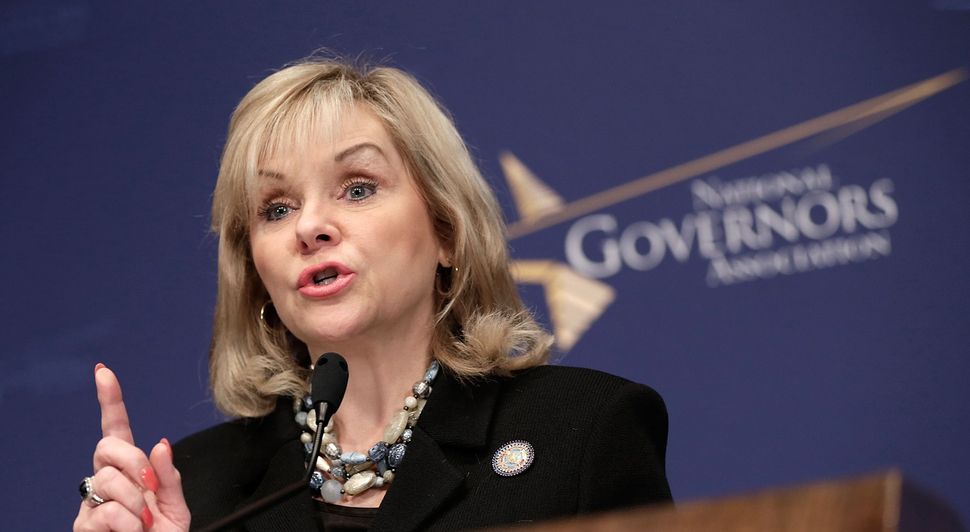 The monument, which had drawn strong support from the Republican leadership of the socially conservative state, has been the subject of simmering lawsuits launched by groups who said its location steps away from the Capitol violated local laws and U.S. Constitutional provisions against government support of a religion.

Along with a heavy security presence from the Oklahoma Highway Patrol, workers began to remove the monument at about 10:30 p.m. on Monday, said John Estus, a spokesman for the state Office of Management and Enterprise Services.

The statue will be installed outside the offices of the Oklahoma Council of Public Affairs, a conservative public policy analysis group near the Capitol, he said.

Governor Mary Fallin, a Republican, said she was looking for a way to return the monument to Capitol grounds.

“I believe the people of Oklahoma should have the opportunity to vote on a proposed constitutional change to ensure that historical monuments like this one are not pushed out of public spaces. I strongly encourage lawmakers to take up this issue in the next legislative session,” she said in a statement.

The removal was expected to cost about $5,000, said Wilbert Memorials, which installed the monument originally. It was unclear who paid for the move.

In June, the Oklahoma Supreme Court ruled the display violated the state constitution, which prohibits use of state property to further religions. Several Republican lawmakers threatened to seek the impeachment of the judges who ruled in favor of its removal.

An Oklahoma County Judge in September ordered its removal by Oct. 12.

Lawmakers have argued that the monument, which was paid for with private money and installed in 2012, was not serving a religious purpose but was meant to mark a historical event.

That opened the door for other groups, including Satanists and the Church of the Flying Spaghetti Monster, to apply for permission to erect their own monuments on Capitol grounds to mark what they say are historical events.