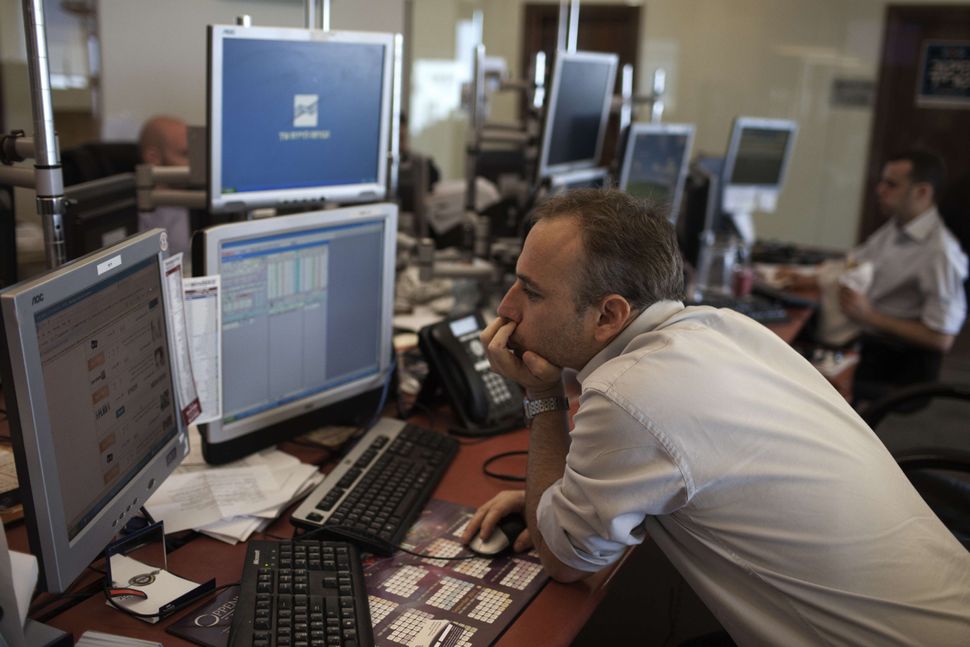 A surge in Palestinian attacks in Israel is raising concerns that the weakening economy could eventually be pushed into recession.

There are already signs that some Israelis may be pulling back from spending – one of the pillars of Israeli growth at the moment – and tourism, still reeling from the 2014 Gaza conflict and accounting for 7 percent of Israel’s economy, is vulnerable.

Construction could also be hit if the flow of 100,000 Palestinian laborers who enter Israel and settlements in the West Bank each day to work, illegally or with permits, is stemmed by security blockades.

But much will depend, analysts said, on whether the violence that erupted more than two weeks ago in the occupied West Bank and Jerusalem is prolonged and spreads further into cities in Israel’s commercial heartland.

“The attacks will only have an effect on the economy if they last a long time and happen in cities (outside Jerusalem) such as Tel Aviv, Haifa and Beersheba,” Ilan Artzi, chief investment officer of brokerage Halman-Aldubi said.

“If they spread to other cities then we will see people go out less and buy less,” he said.

Hours after Artzi spoke, the main bus station in Israel’s biggest southern city, Beersheba, was the scene of a shooting attack on Sunday by an Arab gunman, who killed a soldier and wounded 10 other people before being shot dead.

An Eritrean migrant, mistaken as an assailant, was shot by a security guard and kicked by an angry crowd. He died of his wounds on Monday.

That incident underscored a sense of mounting panic and anger among Israelis, a decade after the end of the last Palestinian uprising. The usually busy downtown streets of Jerusalem are already largely empty, and Israeli media reported that credit card transactions last week were down 11 percent nationwide from the prior year.

“The fact that people aren’t in the mood to spend money and enjoy themselves has an effect on quite a few aspects of the economy,” said Dan Propper, chairman of foodmaker Osem .

But he said: “If this wave will be over soon, we will not see any effect on the (growth) figures.”

On the heels of sluggish global growth, Israel’s economy slowed to a 0.1 percent annualized growth rate in the second quarter, according to the Central Bureau of Statistics. It estimates 2.5 percent growth for all of 2015 – below economists’ initial expectations of 3.3 percent.

Artzi estimates that if the violence remains limited in scope, growth will be reduced by only 0.1 percentage point. But a “serious Intifada” or Palestinian uprising could reduce growth by 0.5 point.

Amir Halevi, the tourism ministry’s director general, said 98 percent of tourists have remained in Israel since the current violence began, although some have altered plans and stayed clear of Jerusalem.

“This is not like the beginning of the 2000s when we suffered from suicide bombings on buses and hundreds of Israelis were killed,” Halevi told Reuters.

Forty-one Palestinians – including assailants and protesters in anti-Israeli demonstrations – and eight Israelis have died in the recent violence, triggered partly by Palestinian anger over what many see as increased Jewish encroachment on Muslim religious control of Jerusalem’s al-Aqsa mosque compound.

Israel denies such an encroachment.

Bank Leumi Chief Economist Gil Bufman said that even before the recent violence, tourism was struggling to return to levels prevalent before the July-August 2014 Gaza conflict with the current level 15 percent below the pre-war peak.

If “the security events characterizing the recent days continue for an extended period, then a further delay in the recovery of incoming tourism is likely,” he said.

El Al Israel Airlines said that so far it has not seen cancellations. Fattal and Dan, two leading hotel chains in the country, said there have been “small numbers” of cancellation at hotels in Jerusalem, most of them from groups of pilgrims. Tel Aviv and the Red Sea resort of Eilat have been less affected.