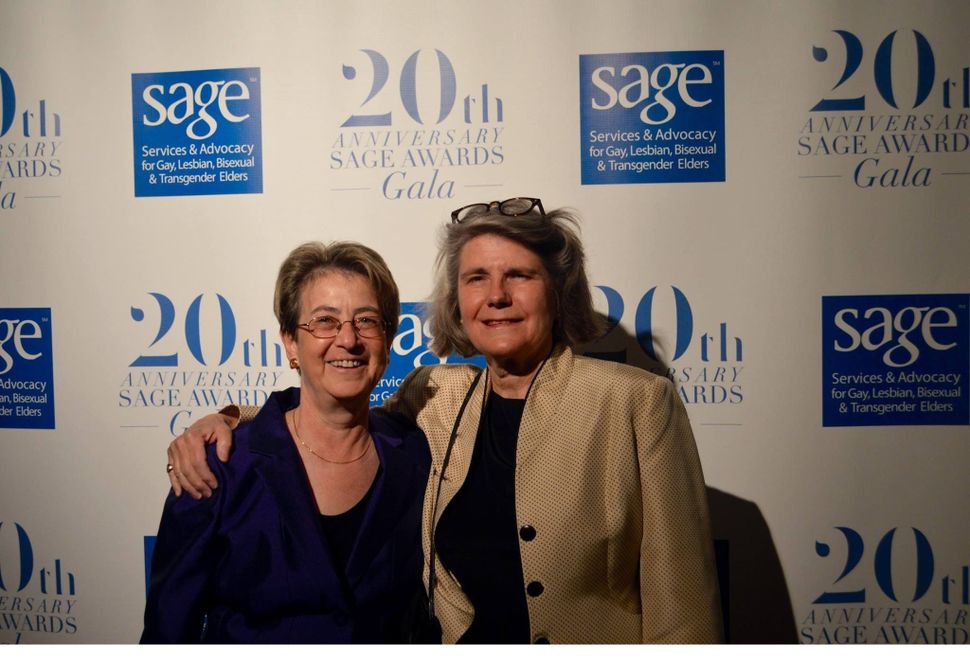 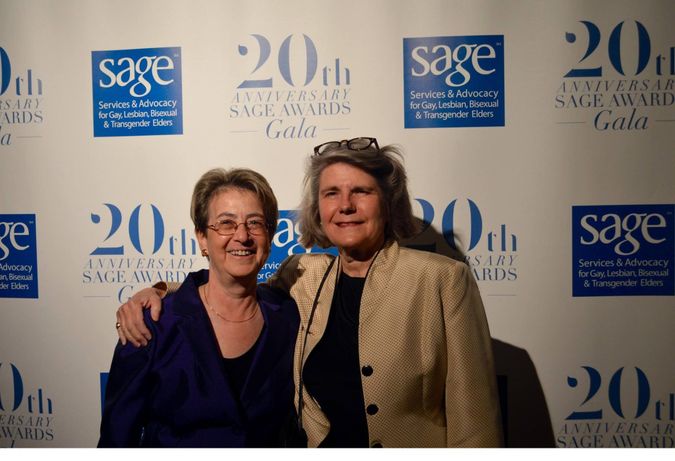 Two of the honorees — and even one of the presenters — were bonafide groundbreakers.

Edith Windsor, the Jewish lesbian activist whose court battle successfully overturned the Defense of Marriage Act in 2013 presented Jim Obergefell with the LGBT Pioneer Award for his court victory earlier this year that made marriage equality the law of the land.

The case brought by Windsor, 86 — demanding the same federal tax benefits after her life partner died Thea Spyer — is credited with laying the groundwork for a case brought by the 49-year-old Obergefell and several other plaintiffs that in June saw the U.S. Supreme Court rule that all states must grant same-sex marriages and recognize same-sex marriages granted in other states.

“Edie, you are an inspiration to me. Without your courage, and your leadership, I wouldn’t be standing here, I wouldn’t have been able to marry the love of my life, and I wouldn’t be part of bringing marriage equality to the entire United States,” said Obergefell.

Obergefell married his dying late husband John Arthur soon after Windsor’s victory — in Maryland — and then flew back to their home state of Ohio and sued, to get the state to recognize their union. Arthur died later that year.

While Windsor and Obergefell chose the courts to make their stand for LGBT rights, the evening’s other major honoree dove right into the trenches a full quarter century ago.

Glick, who, like Windsor, is also Jewish, is now in her 13th year in the Assembly, representing the West Village, where she lives, SoHo, and TriBeCa.

SAGE presented Glick, a champion of health care, education, and housing issues, among others, with the Paula Ettelbrick Community Service Award, named for the late lesbian activist lawyer and social justice warrior who died four years ago this month of cancer at age 56.

Glick has been on the forefront of legislative fights to expand protections and equal rights to LGBT New Yorkers since taking office on issues like domestic partner benefits, hospital visitation and a host of other concerns.

In 2008, she sponsored A 8590 in the Assembly, launching a multi-year battle to make gay marriage legal in The Empire State. In June 2011, the state Senate finally passed the measure, which Gov. Andrew Cuomo quickly signed into law.

Glick, in an interview with The Forward, was reflective on all the advances for LGBT Americans and what more has to be done.

“When I was first elect, it was 25 years ago and many of these major advocacy and organizing groups were still in their infancy,” she noted.

And while her legislative legacy has some major bullet points on it, she considers her most important accomplishment being an out politician when others weren’t.

“There are now out politicians from all corners of the city — the Bronx, Brooklyn, Queens,” she said. “Being one of the first has made it easier for others to also be open.”

Coming out, she said, is still one of the bravest and important acts.

“Now, everyone knows someone, or has a colleague who is gay.”

And that, she said, has helped major movements, like the fight for marriage equality, to gain ever-more acceptance.

But it’s no time for LGBT Americans and their allies to rest, she cautioned, pointing to the refusal of Kentucky clerk Kim Davis to issue marriage licenses to same sex couples.

“It (the court victory) doesn’t mean there won’t be some county clerk who decides not to do their job,” Glick told The Forward.