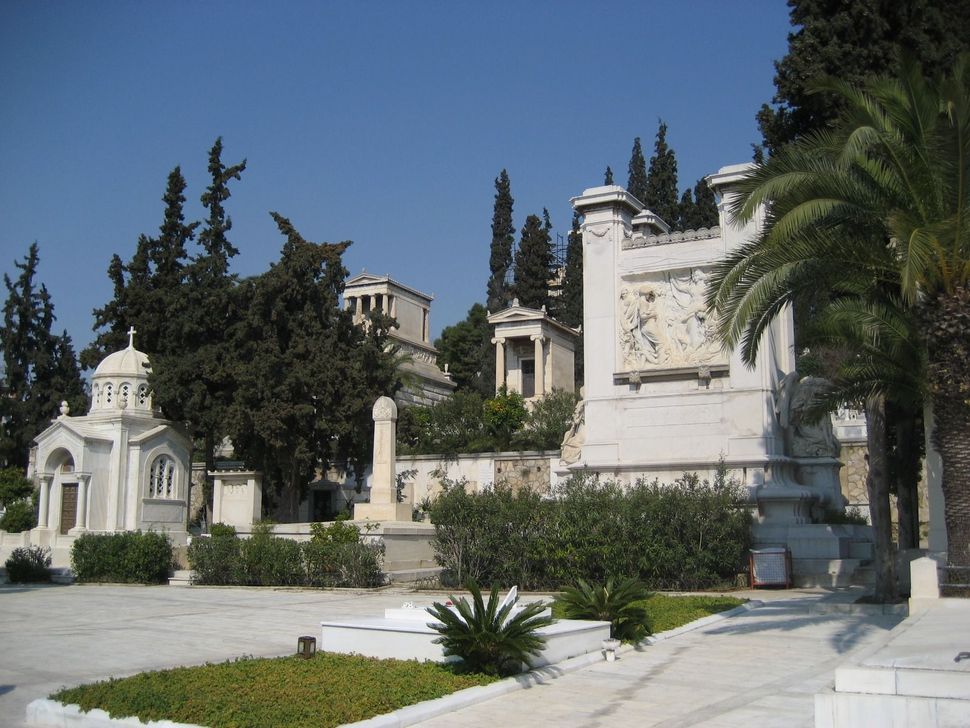 The main Jewish cemetery in Athens was vandalized with swastikas and anti-Jewish graffiti.

The vandals sprayed “Fuck Jews” and a Nazi swastika on one of the cemetery walls and a swastika and the German word “Raus,” meaning get out, along with the tag C-18 on the cemetery gate pillar.

C-18 refers to Combat 18 Hellas, a small neo-Nazi group operating in Greece. The group posted pictures on their website and claimed responsibility for what it called the “beautiful artistic intervention at the Jewish cemetery.”

The Jewish community of Athens in a statement condemned the vandalism perpetrated Wednesday night by “cowardly Nazis” and called on Greek authorities to find and prosecute the perpetrators.

The statement called on Greek society to condemn the attack, saying that “tolerance of these phenomena affects the whole society.”

The cemetery, in the neighborhood of Nikea on the outskirts of Athens, serves the current-day Jewish community and is not the ancient cemetery in the heart of Athens.

Jewish cemeteries and Holocaust memorials in Greece have seen a spate of vandalism incidents in the past year.